We have identified a set of escape maneuvers performed by a fly when confronted by a looming object. These escape responses can be divided into distinct behavioral modules. Some of the modules are very stereotyped, as when the fly rapidly extends its middle legs to jump off the ground. Other modules are more complex and require the fly to combine information about both the location of the threat and its own body posture. In response to an approaching object, a fly chooses some varying subset of these behaviors to perform. We would like to understand the neural process by which a fly chooses when to perform a given escape behavior. Beyond an appealing set of behaviors, this system has two other distinct advantages for probing neural circuitry. First, the fly will perform escape behaviors even when tethered such that its head is fixed and neural activity can be imaged or monitored using electrophysiology. Second, using Drosophila as an experimental animal makes available a rich suite of genetic tools to activate, silence, or image small numbers of cells potentially involved in the behaviors. 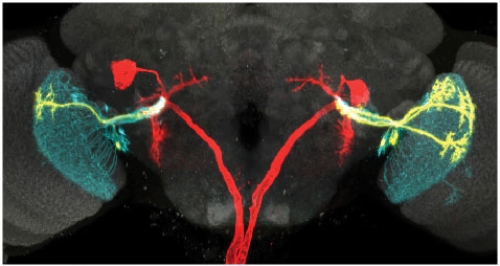 Until recently, visually induced escape responses have been considered a hardwired reflex in Drosophila. White-eyed flies with deficient visual pigment will perform a stereotyped middle-leg jump in response to a light-off stimulus, and this reflexive response is known to be coordinated by the well-studied giant fiber (GF) pathway. The GFs are a pair of electrically connected, large-diameter interneurons that traverse the cervical connective. A single GF spike results in a stereotyped pattern of muscle potentials on both sides of the body that extends the fly's middle pair of legs and starts the flight motor. Recently, we have found that a fly escaping a looming object displays many more behaviors than just leg extension. Most of these behaviors could not possibly be coordinated by the known anatomy of the GF pathway. Response to a looming threat thus appears to involve activation of numerous different neural pathways, which the fly may decide if and when to employ. Our goal is to identify the descending pathways involved in coordinating these escape behaviors as well as the central brain circuits, if any, that govern their activation. 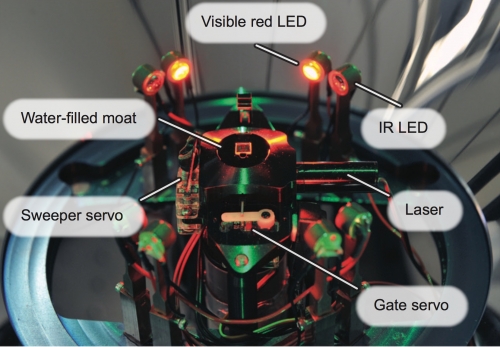 We have developed a new kind of high-throughput genetic screen to automatically capture fly escape sequences and quantify individual behaviors. We use this system to perform a high-throughput genetic silencing screen to identify cell types of interest. Automation permits analysis at the level of individual fly movements, while retaining the capacity to screen through thousands of GAL4 promoter lines. Single-fly behavioral analysis is essential to detect more subtle changes in behavior during the silencing screen, and thus to identify more specific components of the contributing circuits than previously possible when screening populations of flies. Our goal is to identify candidate neurons involved in coordination and choice of escape behaviors. 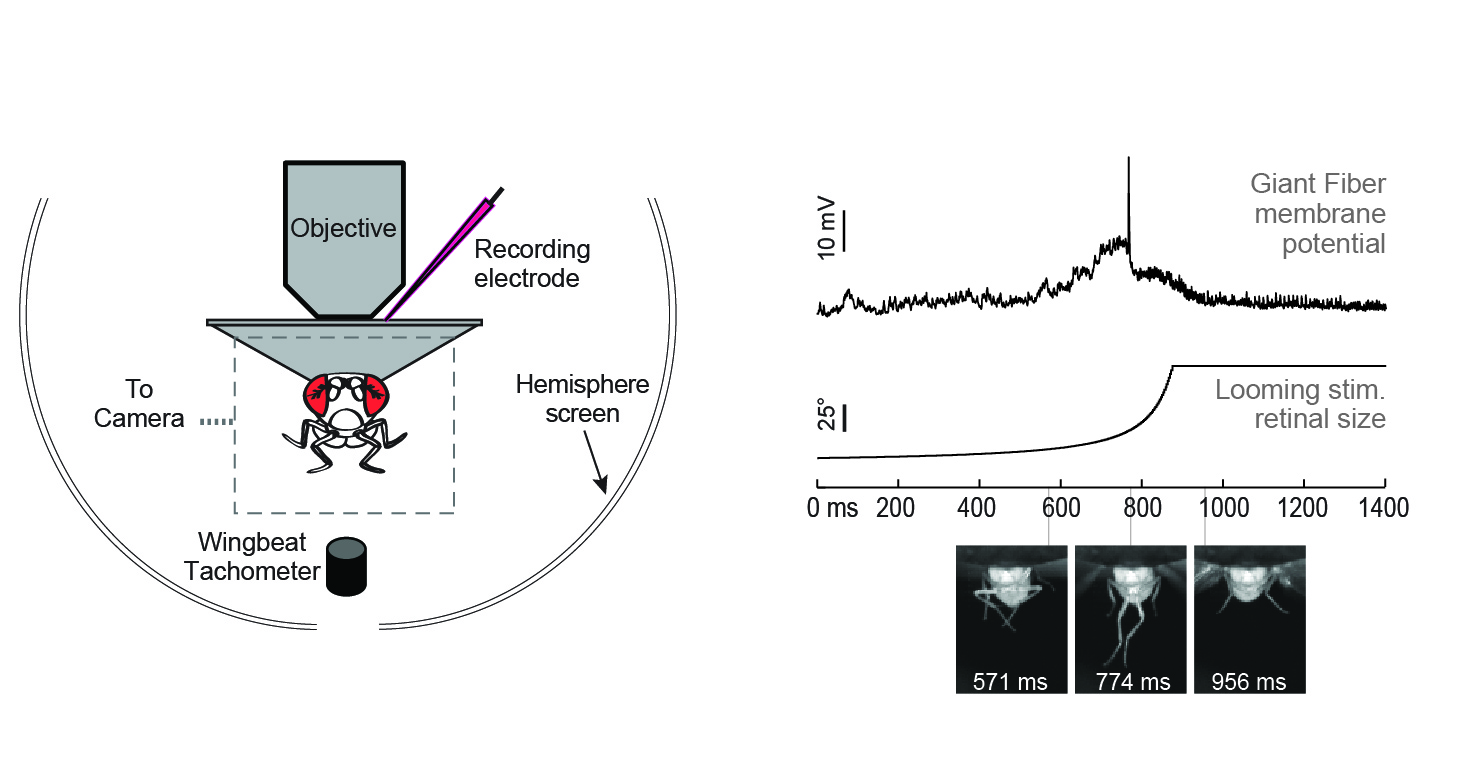 We use whole-cell patch-clamp electrophysiology to determine the functional roles of any identified candidate neurons. Flies perform escape behaviors even when their head and thorax are immobilized for physiological recording. This allows us to link a neuron's responses directly to an action.