The evolution of eusociality is one of the major transitions in evolution, but the underlying genomic changes are unknown. We compared the genomes of ten bee species that vary in social complexity, representing multiple independent transitions in social evolution, and report three major findings. First, many important genes show evidence of neutral evolution as a consequence of relaxed selection with increasing social complexity. Second, there is no single road map to eusociality; independent evolutionary transitions in sociality have independent genetic underpinnings. Third, though clearly independent in detail, these transitions do have similar general features, including an increase in constrained protein evolution accompanied by increases in the potential for gene regulation and decreases in diversity and abundance of transposable elements. Eusociality may arise through different mechanisms each time, but would likely always involve an increase in the complexity of gene networks. 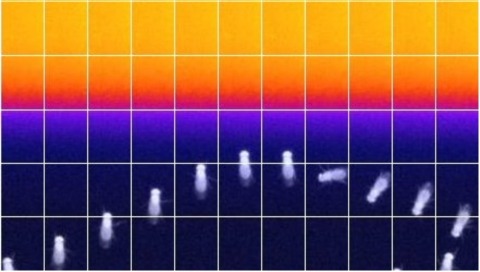 The neural circuits that mediate behavioral choice evaluate and integrate information from the environment with internal demands and then initiate a behavioral response. Even circuits that support simple decisions remain poorly understood. In Drosophila melanogaster, oviposition on a substrate containing ethanol enhances fitness; however, little is known about the neural mechanisms mediating this important choice behavior. Here, we characterize the neural modulation of this simple choice and show that distinct subsets of dopaminergic neurons compete to either enhance or inhibit egg-laying preference for ethanol-containing food. Moreover, activity in α'β' neurons of the mushroom body and a subset of ellipsoid body ring neurons (R2) is required for this choice. We propose a model where competing dopaminergic systems modulate oviposition preference to adjust to changes in natural oviposition substrates.

Drug addiction and obesity share the core feature that those afflicted by the disorders express a desire to limit drug or food consumption yet persist despite negative consequences. Emerging evidence suggests that the compulsivity that defines these disorders may arise, to some degree at least, from common underlying neurobiological mechanisms. In particular, both disorders are associated with diminished striatal dopamine D2 receptor (D2R) availability, likely reflecting their decreased maturation and surface expression. In striatum, D2Rs are expressed by approximately half of the principal medium spiny projection neurons (MSNs), the striatopallidal neurons of the so-called 'indirect' pathway. D2Rs are also expressed presynaptically on dopamine terminals and on cholinergic interneurons. This heterogeneity of D2R expression has hindered attempts, largely using traditional pharmacological approaches, to understand their contribution to compulsive drug or food intake. The emergence of genetic technologies to target discrete populations of neurons, coupled to optogenetic and chemicogenetic tools to manipulate their activity, have provided a means to dissect striatopallidal and cholinergic contributions to compulsivity. Here, we review recent evidence supporting an important role for striatal D2R signaling in compulsive drug use and food intake. We pay particular attention to striatopallidal projection neurons and their role in compulsive responding for food and drugs. Finally, we identify opportunities for future obesity research using known mechanisms of addiction as a heuristic, and leveraging new tools to manipulate activity of specific populations of striatal neurons to understand their contributions to addiction and obesity.

Animal models have been widely used to gain insight into the mechanisms underlying the acute and long-term effects of alcohol exposure. The fruit fly Drosophila melanogaster encounters ethanol in its natural habitat and possesses many adaptations that allow it to survive and thrive in ethanol-rich environments. Several assays to study ethanol-related behaviors in flies, ranging from acute intoxication to self-administration and reward, have been developed in the past 20 years. These assays have provided the basis for studying the physiological and behavioral effects of ethanol and for identifying genes mediating these effects. In this review we describe the ecological relationship between flies and ethanol, the effects of ethanol on fly development and behavior, the use of flies as a model for alcohol addiction, and the interaction between ethanol and social behavior. We discuss these advances in the context of their utility to help decipher the mechanisms underlying the diverse effects of ethanol, including those that mediate ethanol dependence and addiction in humans.

In both mammalian and insect models of ethanol intoxication, high doses of ethanol induce motor impairment and eventually sedation. Sensitivity to the sedative effects of ethanol is inversely correlated with risk for alcoholism. However, the genes regulating ethanol sensitivity are largely unknown. Based on a previous genetic screen in Drosophila for ethanol sedation mutants, we identified a novel gene, tank (CG15626), the homolog of the mammalian tumor suppressor EI24/PIG8, which has a strong role in regulating ethanol sedation sensitivity. Genetic and behavioral analyses revealed that tank acts in the adult nervous system to promote ethanol sensitivity. We localized the function of tank in regulating ethanol sensitivity to neurons within the pars intercerebralis that have not been implicated previously in ethanol responses. We show that acutely manipulating the activity of all tank-expressing neurons, or of pars intercerebralis neurons in particular, alters ethanol sensitivity in a sexually dimorphic manner, since neuronal activation enhanced ethanol sedation in males, but not females. Finally, we provide anatomical evidence that tank-expressing neurons form likely synaptic connections with neurons expressing the neural sex determination factor fruitless (fru), which have been implicated recently in the regulation of ethanol sensitivity. We suggest that a functional interaction with fru neurons, many of which are sexually dimorphic, may account for the sex-specific effect induced by activating tank neurons. Overall, we have characterized a novel gene and corresponding set of neurons that regulate ethanol sensitivity in Drosophila.

In the fruit fly Drosophila melanogaster, as in mammals, acute exposure to a high dose of ethanol leads to stereotypical behavioral changes beginning with increased activity, followed by incoordination, loss of postural control, and eventually, sedation. The mechanism(s) by which ethanol impacts the CNS leading to ethanol-induced sedation and the genes required for normal sedation sensitivity remain largely unknown. Here we identify the gene apontic (apt), an Myb/SANT-containing transcription factor that is required in the nervous system for normal sensitivity to ethanol sedation. Using genetic and behavioral analyses, we show that apt mediates sensitivity to ethanol sedation by acting in a small set of neurons that express Corazonin (Crz), a neuropeptide likely involved in the physiological response to stress. The activity of Crz neurons regulates the behavioral response to ethanol, as silencing and activating these neurons affects sedation sensitivity in opposite ways. Furthermore, this effect is mediated by Crz, as flies with reduced crz expression show reduced sensitivity to ethanol sedation. Finally, we find that both apt and crz are rapidly upregulated by acute ethanol exposure. Thus, we have identified two genes and a small set of peptidergic neurons that regulate sensitivity to ethanol-induced sedation. We propose that Apt regulates the activity of Crz neurons and/or release of the neuropeptide during ethanol exposure.

Despite recent advances in the understanding of ethanol's biological action, many of the molecular targets of ethanol and mechanisms behind ethanol's effect on behavior remain poorly understood. In an effort to identify novel genes, the products of which regulate behavioral responses to ethanol, we recently identified a mutation in the dtao gene that confers resistance to the locomotor stimulating effect of ethanol in Drosophila. dtao encodes a member of the Ste20 family of serine/threonine kinases implicated in MAP kinase signaling pathways. In this study, we report that conditional ablation of the mouse dtao homolog, Taok2, constitutively and specifically in the nervous system, results in strain-specific and overlapping alterations in ethanol-dependent behaviors. These data suggest a functional conservation of dtao and Taok2 in mediating ethanol's biological action and identify Taok2 as a putative candidate gene for ethanol use disorders in humans.

In mammalian and insect models of ethanol intoxication, low doses of ethanol stimulate locomotor activity whereas high doses induce sedation. Sex differences in acute ethanol responses, which occur in humans, have not been characterized in Drosophila. In this study, we find that male flies show increased ethanol hyperactivity and greater resistance to ethanol sedation compared with females. We show that the sex determination gene transformer (tra) acts in the developing nervous system, likely through regulation of fruitless (fru), to at least partially mediate the sexual dimorphism in ethanol sedation. Although pharmacokinetic differences may contribute to the increased sedation sensitivity of females, neuronal tra expression regulates ethanol sedation independently of ethanol pharmacokinetics. We also show that acute activation of fru-expressing neurons affects ethanol sedation, further supporting a role for fru in regulating this behavior. Thus, we have characterized previously undescribed sex differences in behavioral responses to ethanol, and implicated fru in mediating a subset of these differences.