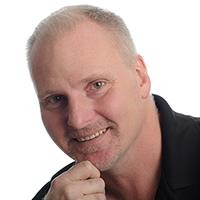 Bill Biddle is a 30 year plus veteran of the machining world. He has always had a passion for making custom parts.  Over the years he has made components for many mainstream space projects from the Hubble Space Telescope to the Curiosity Rover that is currently running around on the surface of Mars.

Before joining Janelia in 2010 he was at the Goddard Space Flight Center where he worked closely with project managers and engineers.  After leaving GSFC and joining Janelia he discovered that the fabrication capabilities of the current shop were lacking and were in need of an upgrade. With the help of fellow ID&F members they began an overhaul of the shop by adding newer, high tech equipment.  He said “We need the same capabilities at Janelia that we use to build space craft and satellite instrumentation"

They lobbied for and were soon funded the make the much needed upgrades to the shop. These upgrades included a new Hermle 5 axis milling machine that Bill spends the majority of his time making custom components for microscopes to electrophysiology instrumentation.  This new equipment has proven invaluable to the research at Janelia by opening the doors to making parts that at one time was only a dream.

Outside of work Bill enjoys the family life golfing and fishing with his children whenever possible.