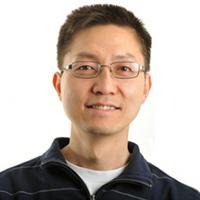 C. Shan Xu received his B.S. degree from University of Science and Technology of China in Hefei, China, and his Ph.D. degree from University of California at Berkeley, both in Physical Chemistry. After graduation, he worked at Lam Research Corporation from 1997 to 2005, growing from an entry level engineer to a technical director supervising a large group of technical staff in the R&D department developing and disseminating advanced technology/equipment to meet the requirements from worldwide customers such as TSMC, AMD, STMicroelectronics, and IMEC, etc.

In 2005, curiosity of how the brain works led Shan back to U.C. Berkeley to apply his instrumentation expertise to bioscience, where he developed a 3D single particle tracking technology with spatiotemporal resolution of 20 nm and < 1 ms.  In 2009, Shan joined the Howard Hughes Medical Institute. As a senior scientist at the Janelia Research Campus, he has pioneered and developed the enhanced FIB-SEM technology for large-volume 3D imaging. In the past decade, Shan has transformed the conventional FIB-SEM from a lab tool that is unreliable for more than a few days to a robust imaging platform with effective long-term reliability, enabling the generation of the largest and most detailed connectome in the world, as well as numerous transformational discoveries in cell biology.