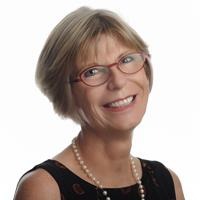 Ulrike Heberlein is a senior fellow at Janelia.  Her research uses the fruit fly Drosophila as a model organism to study the neural and molecular mechanisms underlying drug abuse and addiction.  Heberlein received her BS and MS degrees from the University of Concepción, Chile. She received her PhD degree in biochemistry from the University of California, Berkeley, where she went on to conduct postdoctoral research under Gerald Rubin (now executive director, Janelia Research Campus). In 1993 Heberlein became affiliated with University of California, San Francisco (UCSF), starting as a principal investigator in the Gallo Clinic and Research Center and an assistant professor in the Department of Neurology.  Before coming to Janelia, Heberlein served as a professor in the Department of Anatomy and an investigator at the Ernest Gallo Clinic and Research Center in Emeryville, California. In addition to her Janelia appointment, Heberlein continues at UCSF as an adjunct professor in the Department of Anatomy.

Heberlein has received the Presidential Early Career Award for Scientists and Engineers; the McKnight Investigator Award; the Byers Award in Basic Science, UCSF; and the Soloway Lecture Award, National Institutes of Health. In 2010, Heberlein was elected to as a foreign member to the National Academy of Sciences.