After obtaining a BS in Physics from Caltech, I moved to Cornell, where my thesis involved the development of near-field optics – the first method to break the diffraction barrier in light microscopy. I then became a PI at AT&T Bell Labs in Murray Hill, NJ, where I further refined the technology and explored many applications, including high density data storage, semiconductor spectroscopy, and superresolution fluorescence imaging of cells.  In 1993, I was the first to image single fluorescent molecules under ambient conditions, and determine their positions to better than 1/40 of the wavelength of light.  Tiring of academia, I then served as VP of R&D in my father's machine tool company, developing a high speed motion control technology based on an electrohydraulic hybrid drive with adaptive control algorithms. Commercial failure of the technology left me unemployed and looking for new directions. This search eventually culminated in the invention and demonstration of the superresolution technique PALM by myself and my fellow unemployed colleague and Bell Labs expatriate, Harald Hess. This story is recounted here. From 2005-2018, I was a Group Leader at Janelia, and am now a Senior Fellow at Janelia and HHMI investigator, developing new optical imaging technologies for biology. 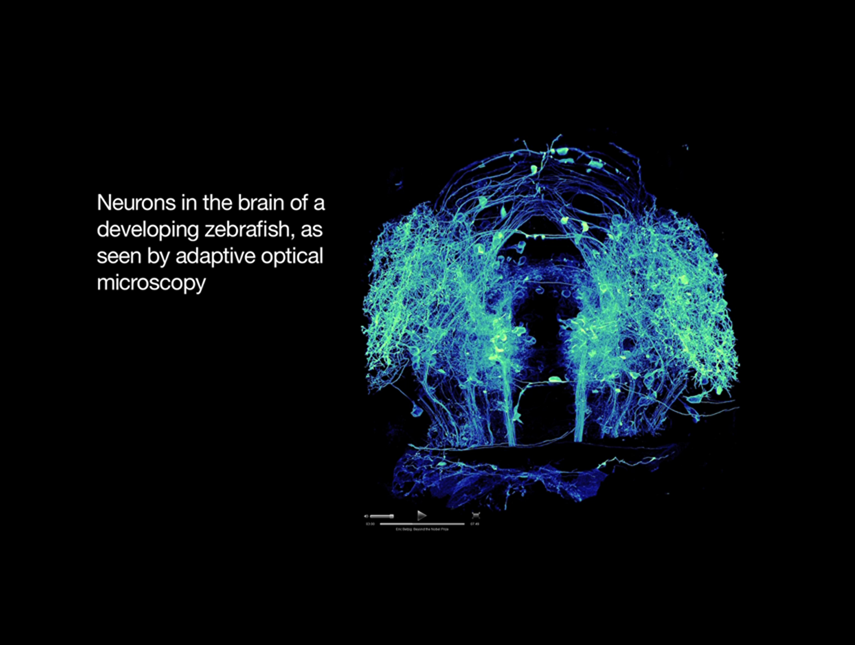 LEFT RIGHT
Beyond the Nobel Prize – New approaches to microscopy

Pursuing new approaches to microscopy is the next step for one of three 2014 chemistry laureates, who says the honor for super-resolution may have come early.

Watch Eric Betzig explain what's next in this video from SPIE.