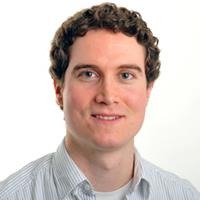 In 2005 he became a PhD student in biology at EMBL on a fellowship from the EMBL International PhD Programme. During his PhD he worked on three main projects: digital scanned laser light sheet fluorescence microscopy (with Dr. Ernst Stelzer), the in toto reconstruction of zebrafish embryogenesis (with Dr. Jochen Wittbrodt), and the computational analysis of the evolution of the yeast genome architecture (with Dr. Michael Knop). His research on the reconstruction of zebrafish development was selected for the "Top Five Scientific Breakthroughs of 2008" by The Times (Dec 19, 2008) and for the "Top Ten Scientific Breakthroughs of 2008" by Science (322:1768-73).

After a short postdoc at EMBL in the groups of Dr. Ernst Stelzer and Dr. Michael Knop, he started his lab at HHMI’s Janelia Research Campus in 2010. The goal of his research is to shed light on the principles underlying development and emergence of function in the central nervous system. His lab uses advanced light-sheet microscopy and computational methods to quantitatively study neural development in fruit fly, zebrafish and mouse.