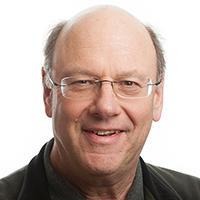 Dr. Robert H. Singer received his undergraduate degree in physical chemistry from Oberlin College and his Ph.D. in developmental biology from Brandeis University. He then did postdoctoral work in molecular biology at MIT and the Weizmann Institute in Israel. His career has been focused on the cell biology of RNA, its isolation, detection, expression and translation. A patented in situ hybridization technique his lab developed for detecting RNA in morphologically preserved cells revealed that messenger RNA can localize in specific cellular compartments. This work has given rise to the field of RNA transport and localization, enhanced by Dr. Singer’s and his colleagues’ development of imaging technology and RNA reporters. His lab has shown that the dynamics of RNA transcription on a single gene can be interrogated by live cell imaging, as well as by multiplexed fluorescent probes. In addition, Dr. Singer’s laboratory has been instrumental in developing rapid and sensitive microscopy that can study single molecules of RNA in living cells and in devising methods to track them through their life cycle. This technology has implications for understanding of the role of RNA in disease processes such as cancer metastasis and mental retardation. He holds 12 patents on his work. He is a member of the National Academy of Sciences, American Society of Arts and Sciences and the Association for the Advancement of Science.