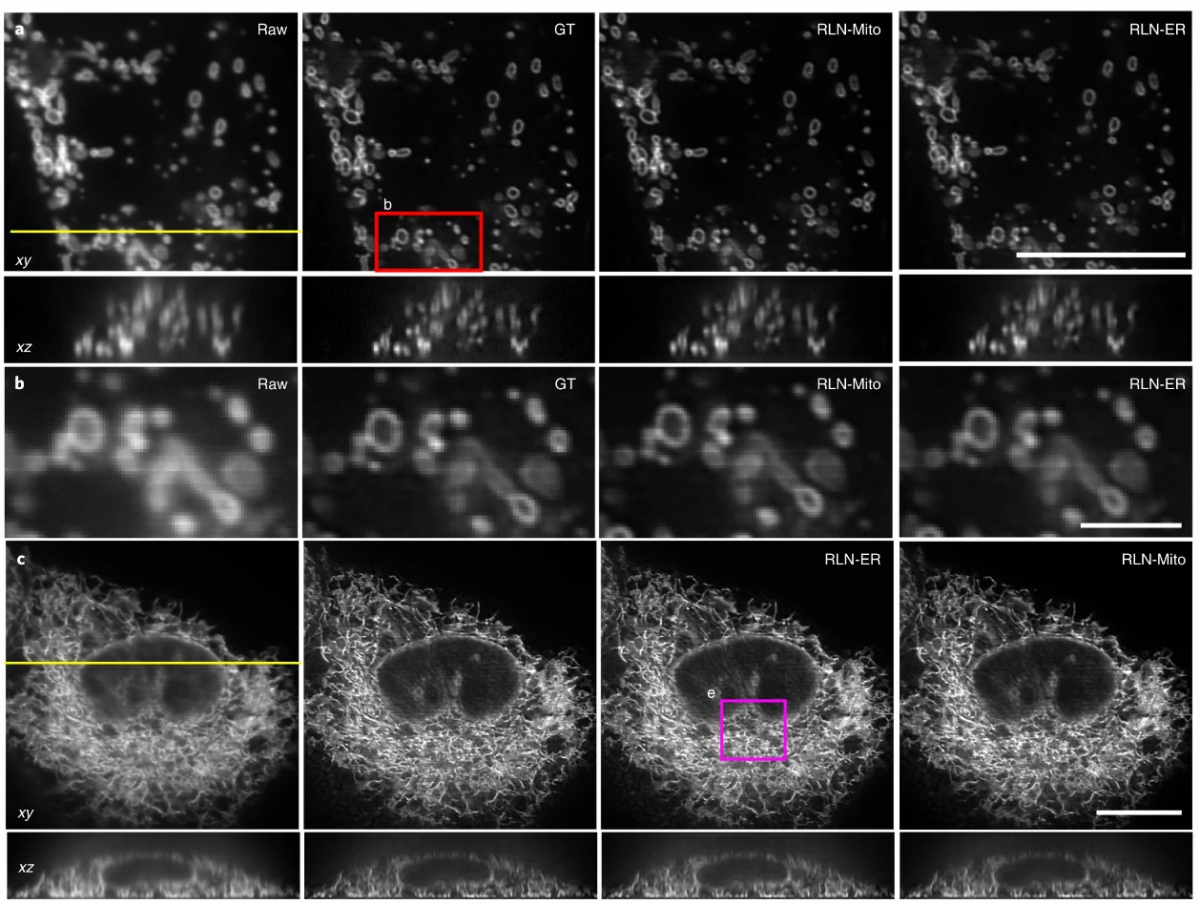 A new paper in Nature Methods from the Shroff Lab details a new and improved method for processing 3D fluorescence microscopy images. The new method, which incorporates information about the image formation process into a deep learning network, generates clearer images in much less time than conventional methods.

Traditionally, microscopists have used an algorithm borrowed from astronomers called Richardson-Lucy to deconvolve images generated by fluorescence microscopy. This algorithm relies on information about the physics of the microscope to de-blur the image. While this method works well for small samples and can be generalized to any microscope, it doesn’t learn anything about the sample that has been imaged, making it difficult to use on complex 3D and 4D images. 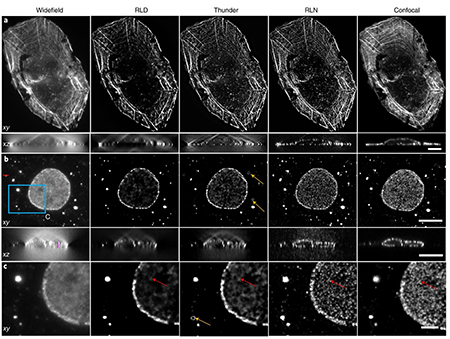 In the new research, led by scientists at NIH and Zhejiang University, researchers combined these two methods, the Richardson-Lucy algorithm and a neural network, to create a better and faster deconvolution method for 3D microscopy.

The result is a network that is four to 50 times faster, and provides better deconvolution, better generalizability and fewer artifacts than other networks. The new method, dubbed the Richardson-Lucy Network, could potentially be used on other 3D imaging techniques, and is a step toward building better and faster imaging techniques for biological research.

Shroff and his team, who moved from NIH to Janelia in August, plan to use the new method in conjunction with a new multiview microscope they are building at the research campus.