A new tuning strategy for red-shifted dyes broadens the palette. 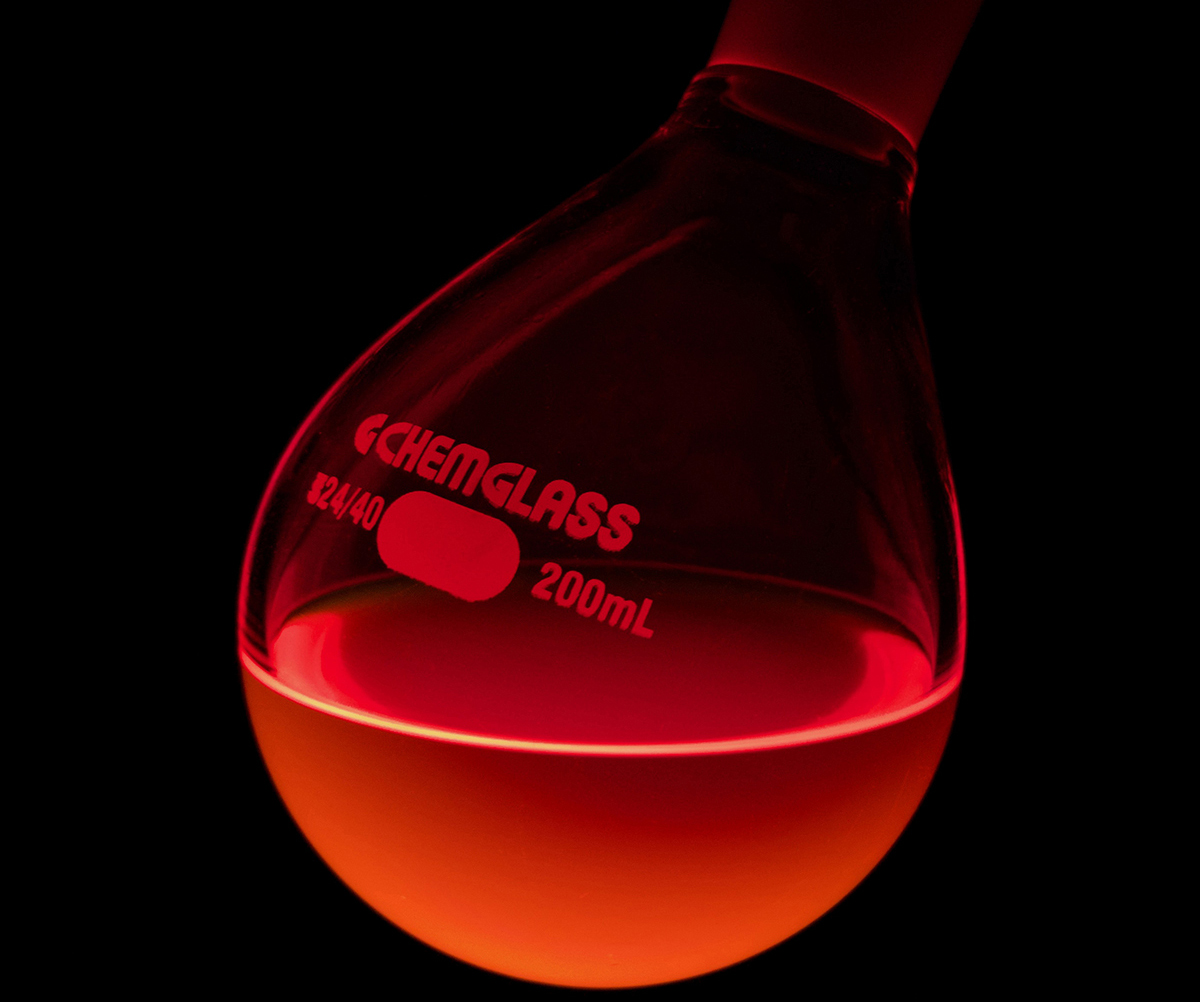 For years, biologists have relied on fluorescent markers to monitor cells under microscopes. The development of more powerful microscopes has demanded better fluorescent dyes – ones that can withstand the bright lights under a scope for longer periods of time, without flickering out.

A few years ago, “we found a very simple chemical modification that improves dye brightness substantially, sometimes as much as 50-fold,” says Janelia group leader Luke Lavis, head of the Molecular Tools and Imaging research area. And so the Janelia Fluor® dyes were born.

Lavis and his team have been honing this collection ever since. They’ve developed a slate of bright, long-lasting fluorescent dyes of different colors, optimized for specific applications – all freely available to other scientists. The dyes let researchers at Janelia and beyond track individual molecules inside living cells for extended periods of time.

The team’s latest paper, published July 27 in Nature Methods, describes chemical modifications to optimize red-shifted Janelia Fluor dyes. It also lays out general design principles to predict the performance of fluorophores &mdash the compounds that give the dyes their fluorescent properties – based on their chemistry. We caught up with Lavis and senior scientist Jonathan Grimm to talk about the newest chapter of the Janelia Fluor® dye story.

What’s new in this paper?

Lavis: In our previous work, we could modify dyes on the blue end of the visible light spectrum. Here, we describe a complementary technique where we optimize dye with longer wavelengths – in the red region of the spectrum. So now we have a comprehensive set of tuning techniques that allows us to make almost any color dye with the specific chemical properties we want.

Why are redder, longer-wavelength dyes useful?

Lavis: People want red-shifted dyes because red wavelengths are less toxic to cells. Red-shifted dyes can also penetrate deeper into tissue, so they’re good for in vivo imaging. For this project, we set out to extend the Janelia Fluor® dye pallete using a chemical method we developed. But as Jon Grimm made more dyes, we noticed this trend where far-red and near-infrared dyes adopted a form that didn’t fluoresce.

How did you get around that here?

Grimm: The chemistry we developed is quite flexible, such that it allowed us to incorporate a few more atoms – specifically fluorines – into the structure of the dye molecules to adjust their properties. We suspected, based on chemical principles and a hint from earlier work, that this modification would solve the problem – and it did. We were able to rescue these nonfluorescent molecules and turn them into useful dyes. These fluorine atoms do double duty, not only fixing the red-shifted dyes but allowing further chemistry to make derivatives for imaging experiments. 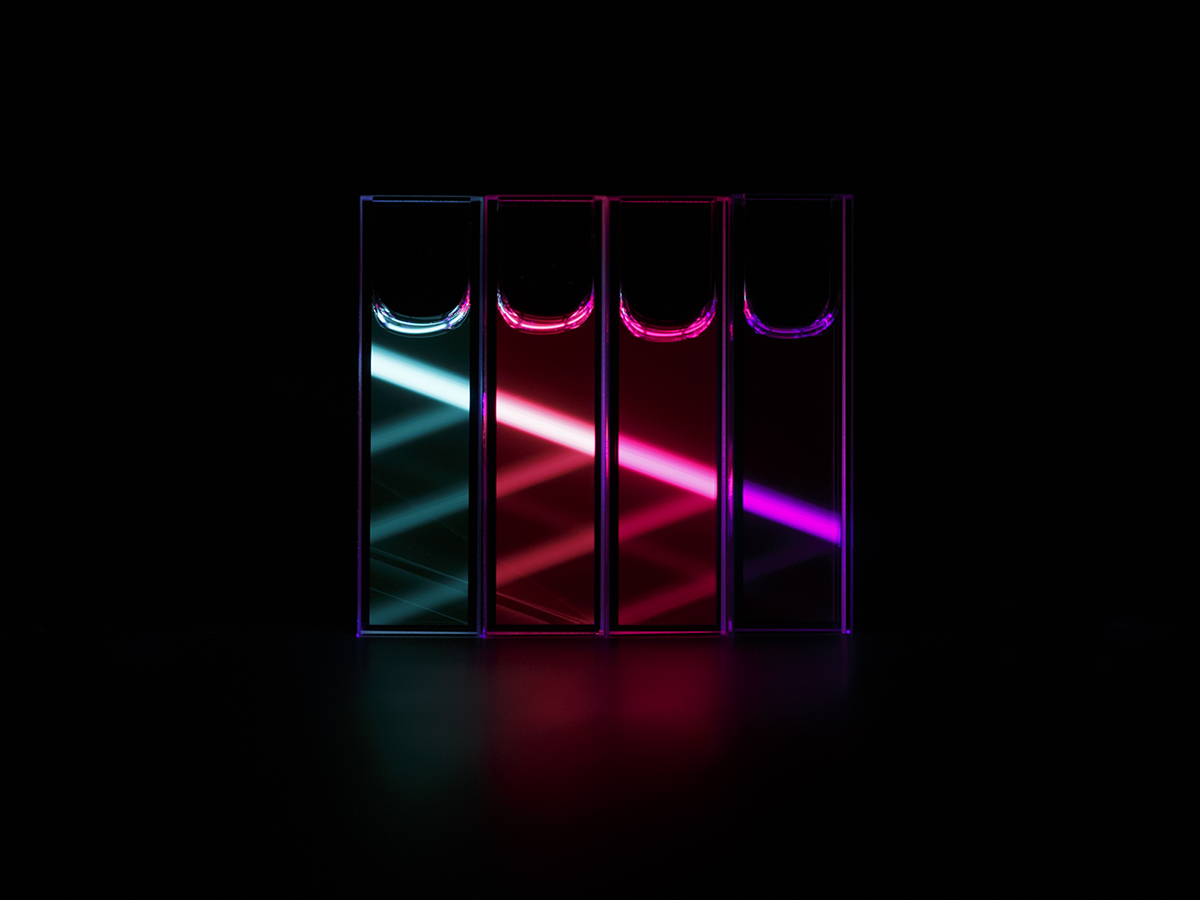 So now you can tune any Janelia Fluor dye to dial in the exact properties you want?

Lavis: The different tuning techniques we’ve developed work on different parts of the molecule. So we can combine the strategy described in the current paper together with our previous strategies to fine-tune dye properties. In this paper, we did this to create a near-infrared dye that is fluorogenic – one that turns on when it binds its target.

You also identified some straightforward ways to predict dye performance. Why’s that important?

Grimm: Janelia is “small labs, big science.” We would love to make all the dyes, but the shotgun approach doesn't work when only a small group of people is working on this! There are infinite ways we could combine even the most common elements of organic chemistry to make a dye, so identifying rules for the rational design of dyes with specific properties allows us to make fewer compounds to get to the ones we want.

What’s next? How does this fit into the bigger Janelia Fluor dye story?

Lavis: We see this paper as the third part of a trilogy. We figured out how to make dyes brighter and we developed ways to tune short-wavelength fluorophores. Now, this paper describes tuning strategies for dyes on the red end of the spectrum. With this complete set of methods, we can now design Janelia Fluor derivatives for specific biological applications for our colleagues at Janelia and beyond.