There is no hesitation when you ask Yin Liu about her favorite movie, Indiana Jones. The movies blew Liu’s mind when she first saw the series in middle school, leading her to dream of one day being an adventuring archeologist. But the films also sparked her interest in history, and when she picked up a book about the history of medicine, Liu found a new adventure into the world of biology and her current passion to understand the human body. We sat down with Liu recently to hear more about her research and the current adventure she is embarking on at Janelia. 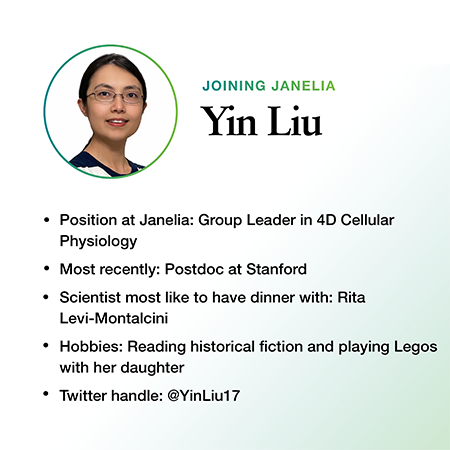 HHMI Janelia: To start, tell us about your research.

Yin Liu: My general research interest now is understanding how the nervous system interacts with internal organs to regulate organ and body physiology. Throughout my training, I have always been fascinated by the sensory branch of the nervous system. During my PhD, I worked on the development of sensory neurons innervating the skin and the mammary gland. During my postdoc training, I’ve moved my focus to internal organs, and more specifically the lungs – the vital organ for gas exchange. I’ve been looking at how the nervous system detects various endogenous and exogenous stimuli by sensory neurons that innervate the lung. My work has revealed the molecular and anatomical diversity of these neurons and how the different subtypes of neurons work together to maintain breathing homeostasis.

I would like to continue working on this lung-brain interaction and try to understand how the internal and external signals that are present in the lung are detected, integrated, and processed in the nervous system. And how this system goes awry under disease conditions, like pulmonary infections.

HJ: Why come to Janelia to study that?

YL: Janelia has always been a big attraction to me. I did my PhD at Johns Hopkins, so we had a connection with Janelia. I had a couple of friends who did rotations or even finished their PhD at Janelia, so I got to know Janelia very early. It has been at the frontier for neuroscience research. And I like the setting at Janelia – small groups, but with very strong supporting teams. Because I think small groups really make communication efficient, and the support teams make small groups doing big science possible.

Also, I like the stable funding for the group leaders. That allows us to really focus on science. I feel sometimes that it’s a bit of a waste of the talent of people who are just starting their independent career to have to spend their time constantly writing grants and looking for funding, because they have so much first-hand experience and a lot of energy at that moment. If that time can be spent instead on research, on thinking about scientific problems, that will be great.

HJ: What excites you about being part of this new research area, 4DCP?

YL: I feel I’m really, really lucky because my research fits with the emphasis of this program. I think that physiology, especially organ and whole-body physiology, is very complicated. It really requires people with different expertise to join up and work together. And I think the new program is designed with that thought in mind, so I’m very excited about it. I hope to work with people who are from different fields to do really great science. 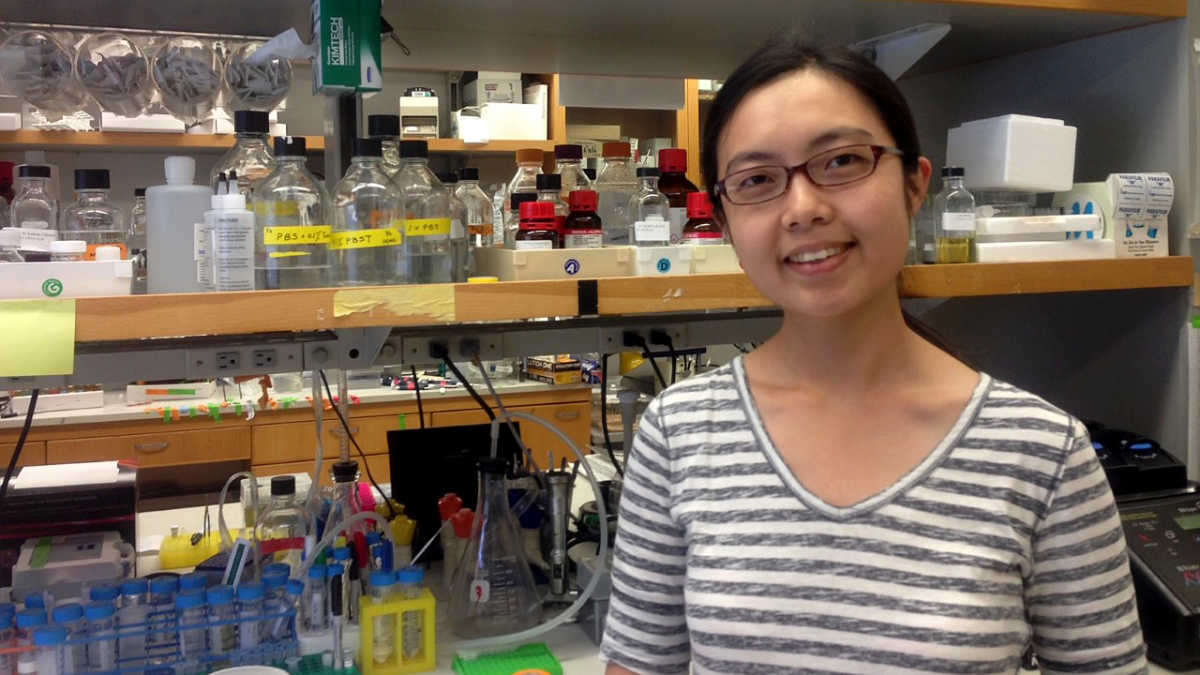 HJ: What motivates you to do this research? What makes you excited about it?

YL: Physiology is always one of the top things that I’m very interested in. It’s basically how the whole body works. And asking how a particular physiological process, such as breathing – how is it controlled or regulated? This is a fundamental question that has always been attractive to me.

Studying physiology used to be a major part of biomedical research, say, several decades ago. But because of its complexity, it has taken a back seat for the past few decades. But recently, new technologies have been developed. As my postdoc mentor has said, this is a time for physiology to have a renaissance. I think this is a time when we can start to tackle some questions that we didn’t have the ability to tackle 50 years ago.

Also, it is very connected to medicine. Most of the medical treatments we have now are given to patients, not cells in a dish. Understanding how the body works as a whole and how organs interact with each other is fundamental for medical advances.

I also think science is an adventure. It’s not like you are going to places that people have been to, but you’re exploring things that nobody knows. I think I get addicted to the feeling of “this is something that I am the only one in the world knows (at this moment).” That feeling is fantastic.

HJ: Are there any scientists, living or dead, that you would like to have dinner with?

YL: I think I would pick Rita Levi-Montalcini. She was an Italian scientist who won the Nobel prize for her work on Neurotrophins. I actually saw her in person when she was 100 years old, in Rome. I was attending a meeting and the meeting had a session honoring her.

She is my role model because of a few different things. For one, she is a founder of the Neurotrophin field, in which I started my scientific training. More importantly, she is a woman scientist and she always advocated for women. And she was really brave. As a Jewish woman, she was able to continue her research in Italy during World War II, by having a secret lab in her bedroom. At that time, when she was not sure about her life, she was still pursuing her scientific dream. That’s something extraordinary to me. 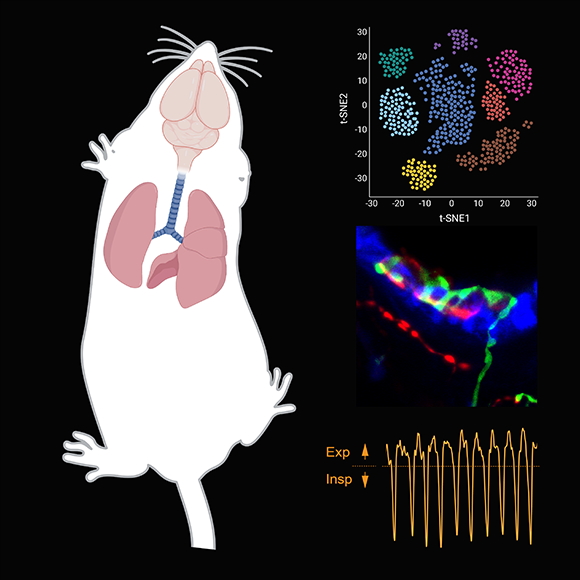 Liu Lab | We study the cellular mechanisms and neural circuits that underlie body-brain interactions, with a focus on the respiratory system.