Neurons in the Brainstem Entice Mice to Keep Snacking

Scientists have identified mouse neurons that make food and drink palatable, feeding a cycle of consumption. 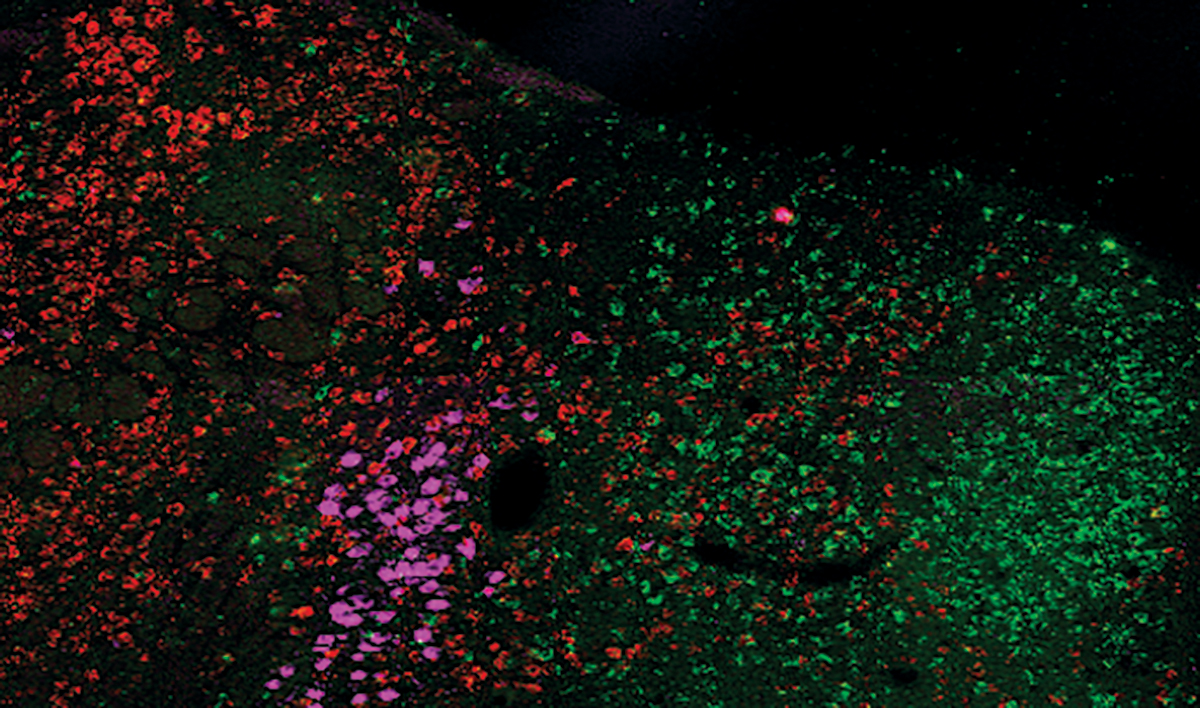 As anyone who’s ever mindlessly munched through an entire bag of chips can attest, it’s easy to keep eating once you start. Just putting something tasty in your mouth makes you want more.

New research in mice identifies a group of brain cells that may be responsible for this behavior. The cells are part of a neural feedback loop that influences the palatability of food and drink and entices animals to keep consuming, the team reported August 24, 2020 in the journal Cell. The finding helps scientists begin to answer the question of why it’s so easy to overeat.

Eating and drinking are both complex, multi-step behaviors that require the brain to pull together many different kinds of signals, from the smell of an enticing meal to the sensation of a full stomach. Researchers break down these behaviors into simpler steps to understand individual pieces – for example, the neurons that drive animals to look for food are different from the neurons that keep them eating. But while hunger and thirst are usually treated as totally separate motivations, Sternson says, “We suspected that there was quite a bit of overlap and probably some sharing of neural circuitry.” 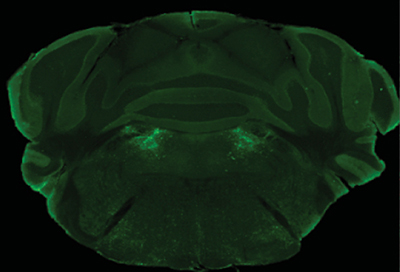 Led by research scientist Rong Gong, Sternson’s team mapped neural circuits in the mouse brain to identify potential connection points between hunger and thirst pathways. One set of neurons seemed especially interesting – a cluster of cells next to the locus coeruleus, a region in the brainstem that controls attention and motivation. Scientists hadn’t extensively studied this set of neurons, nicknamed the periLC neurons, because it’s been hard to record their activity in freely moving animals.

Sternson’s team developed a new technique to monitor these neurons, using a mini microscope to watch the nerve cell activity while the mice ate food pellets and drank a sweet reward.

The periLC neurons are part of a neural circuit that encourages mice to keep consuming, the team found. These neurons fired less than usual when mice were eating or drinking. And when the researchers blocked the neurons’ activity, the mice feasted. This suggests that the neurons drive a cycle of consumption, Sternson says – food and water stop the neurons from firing, which promotes even more consumption.

This circuitry is specific to fostering ongoing consumption, not to other parts of the eating or drinking process – the periLC neurons didn’t respond, for instance, when mice were just foraging in their cages. And their response was stronger in situations when eating or drinking might be more pleasurable, such as when mice were hungry or thirsty, or when they were snacking on something especially sweet.

“You automatically switch into this high-gear consumption mode once you have things that either taste good or satisfy a real physiological need,” Sternson says – and that’s what these neurons appear to direct.

Zachary Knight, an HHMI Investigator at the University of California, San Francisco, who wasn’t involved in the work, says scientists still have a lot to learn about the neural circuitry that animals rely on to keep eating and drinking during a meal. “This study reveals a site where these hunger and thirst circuits converge and generate a more general motivation for ingestion.”