Misha Ahrens first considered going to art school to become a painter, a desire that morphed into studying engineering to build beautiful bridges, then into majoring in mathematics, and then into studying theoretical physics. But after spending some time in a biology lab, Ahrens became interested in neuroscience – a field that was wide open to new ideas and new approaches. To Ahrens, neuroscience seemed like it was full of creative problems to work on, a guess that has proven to be true. We sat down with Ahrens, who has been a group leader at Janelia since 2012, to hear more about his new role. 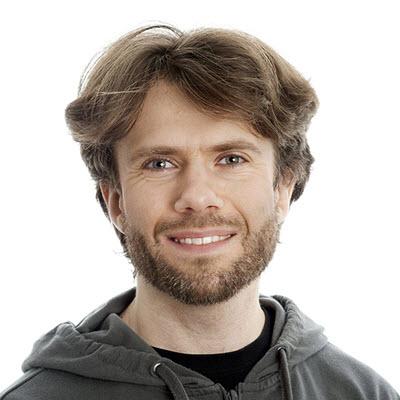 HHMI Janelia: Tell us a little bit about your research.

Misha Ahrens: We’re interested in understanding how the nervous system solves difficult problems. Animals are trying to survive and be successful. There are a lot of complex and slow dynamics in the environment, and inside animals’ bodies. Things are changing all the time, and animals need to learn about what’s changed. And those changes can come from changes in the environment, new animals in the environment, but also new things inside their bodies. As they eat new foods or get injured or age, for example, the dynamics inside their bodies also undergo alterations. And the brain needs to figure out all of this. It needs to take all of this into account.

This is partially a numbers thing – for example, 10 neurons versus the whole nervous system. But it’s also a scale thing. So understanding why a neuron might fire or spike is different from understanding everything that led to that spike, which includes peptides and ions and neuromodulators and hormones that are all influencing what this neuron does. In some sense, you have to look across space, going to large populations, and across scale, going down to the molecular scale.

HJ: What motivates you to do this work?

MA: Well, in terms of the science, it’s just beautiful to see it. It’s beautiful to see these animals and how they solve challenges, and then going down to how their brain solves it, how the cells solve it, how the molecules help solve it. How the brain exploits these little interactions at the molecular scale to help on a very large scale.

And from the standpoint of the organism’s survival, it doesn’t matter if a molecular interaction solves the problem, or the immune system, or the brain, or the combination of all of them. In the end, the animal evolves to survive. And so finding out how all these systems work together to enable that, that's beautiful, and that’s one reason why I love working on this.

Another reason is bringing all these pieces together: the hardware, the microscope technology, the algorithms, the computational approaches, the engineering solutions to how you make fish swim in VR and still access their brain and make them behave as if they’re actually in the wild. Then it makes contact with molecular biology, with genetics, being able to think about all these different fields. We can think about fluid dynamics, machine learning, statistics, optics, algorithms, physiology, molecular biology, neuroscience, network science. We’re often not experts in each of these, but I started to appreciate that part of being a neuroscientist is the depth that comes from being able to make contact with all these fields and unify them. Meld them all together into something new.

And then the final one is just the people. It’s such a pleasure to work with the lab and with collaborators and others. I mean, in some sense, it’s like a dream. Everyone is so interested, motivated, and generally happy to help and share, to share the triumphs and share the hardship. And yeah, I can’t think of any other sort of profession where that kind of interaction between different people is so strong. 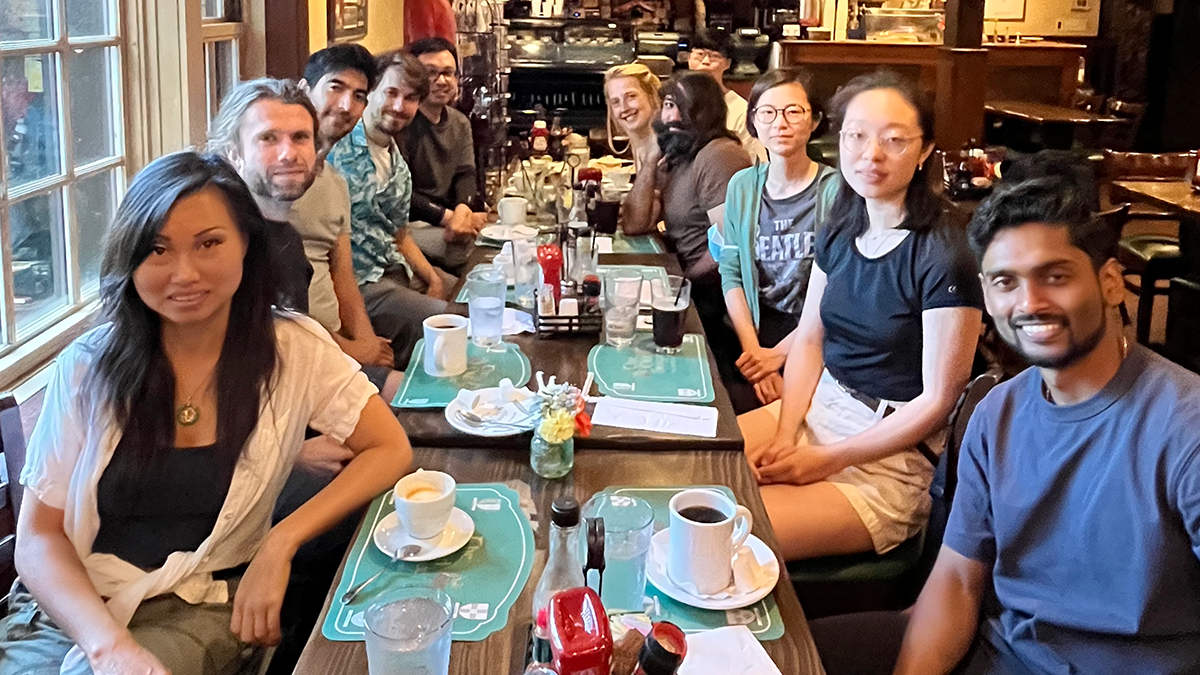 HJ: What is exciting about this new research area, 4DCP?

It’s super exciting because we hope to bridge these different disciplines that have been a little bit separated in the past – physiology, cell biology, and neuroscience. It brings in new people that I look forward to collaborating with. And hopefully we can connect across scales, from molecules and cells to the brain and body-wide scales.

HJ: Why do you think Janelia is a good place to do this?

MA: Because collaborations are so easy and fluid here. And because it’s really emphasized, even in the structure and the size of groups, the joint efforts. And I think teaming up with other lab heads, with other group leaders and their lab members, is always going to give a broader perspective than doing things in your lab by yourself. So I think the collaborative nature of Janelia is really good for tackling these questions.

Of course, there’s also the infrastructure, the shared resources, the project teams, and all that. And the breadth of expertise of people who can be drawn in to work on these questions as well, the computational people, protein engineers, the optical physicists.

When I first came here, I said there is a Zen feeling. But it’s not that. I can’t describe it, but there’s something about this place that is just special and different. And then it turned out to be true, and over the years more and more, so that even after all this time, I still want to stay here.

I’m really looking forward to the new people, the new group leaders, and hope to help them get started and hit the ground running.

HJ: So what kind of advice would you give them about coming here as part of this new project?

MA: I think the advice I would give is this: Really enjoy the possibilities that this new area brings and let’s build something really great together. Let’s figure out not just how are we going to answer the current questions, but also what are the questions that no one’s even thought of that we should be asking. And don’t be afraid to go all in on something new. 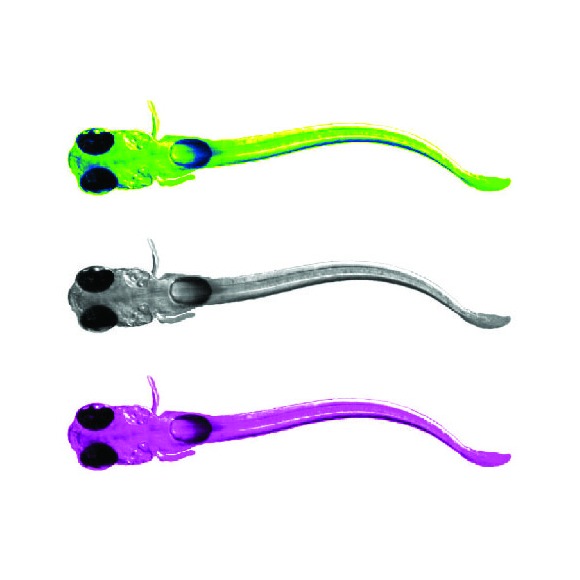 Ahrens Lab | How do large populations of neurons collaborate to implement the computations underlying flexible behavior? We use modern microscopy methods, computational approaches, and the study of behavior, genes and anatomy to investigate mechanisms underlying behavioral flexibility, memory, and learning. We study how both neurons and glial cells underlie these processes, which are relevant for species from fish to humans.