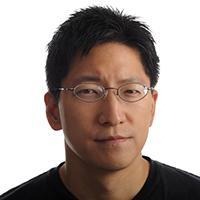 I studied chemistry and physics as an undergraduate.  In the last year of college, I became interested in neuroscience after hearing about it from some colleagues.  I thought that people pretty much knew how the brain worked already—it’s just that I hadn’t taken those classes or read those books.  I tried to look up questions that I had, and I realized that they weren’t really solved yet.

I entered graduate school in neuroscience and studied under Matthew Wilson for a PhD.  It was in Wilson's Lab where I began to study place cells, recording the activity of neurons in the hippocampus to explore the relationship between these cells and spatial memory.  It was an ideal place to do this work, because just a few years earlier, Matt had been a key developer of a technique to record the simultaneous activity of groups of about 100 individual neurons in freely moving rats.

I joined Janelia in 2008 to continue research into hippocampal place cells and spatial memory as well as development of electrophysiological methods.  Janelia is an ideal place to do research, providing both freedom to pursue one’s research interests and an environment with exceptional scientific and technical colleagues who can help make each other’s goals reality.