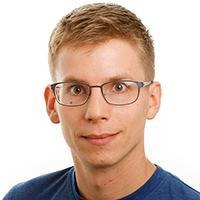 My goal is to peer into the brain and see how neurons process information. I studied Artificial Intelligence, Neuroscience, and Cognitive Science as an undergraduate at the University of Toronto. I was attracted by developments in optical physiology that allowed us to record atomic units of brain activity - synaptic currents and spikes - at ever-increasing scales. I dreamt of precisely reading out activity patterns and synaptic weights from brain neurons and mapping them onto model neurons, building quantitative models of how they compute and learn. Could we bridge the gaps between neuroscience and artificial intelligence?

The questions that first got me excited about neuroscience were easy to formulate but difficult to answer. They are as relevant now as they were a decade ago, and they were already old questions then. What has changed recently is the technology available to address them. By developing better tools, my lab hopes to accelerate research into neuronal computation for researchers around the world.