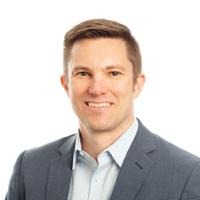 Mike Perham has led the department of Innovation Management at Janelia since the beginning of 2016, and overseen community outreach and alliances since 2017.  He handles technology management, IP protection, and dissemination for Janelia in service of the Open Science initiative and drives engagement with Loudoun County through the Chamber of Commerce, relationships with LCPS, and other initiatives.

Prior to Janelia, he was Director of IP and Licensing at Health Diagnostic Laboratory, an innovative testing laboratory for cardiometabolic testing, and Director of IP and Commercial Contracts at ZyGEM/Microlab Diagnostics, a developer of reagents and rapid DNA analysis instrumentation. He previously handled academic technology transfer as a Licensing Associate at the University of Texas Medical Branch, the Rice University Office of Technology Transfer and the University of Virginia, where he started and managed the UVAPF Advisory Council.

Perham received his PhD in biophysical chemistry from Rice University, where, as a NIH Biotechnology Trainee and Keck Fellow in the Houston-Area Molecular Biophysics Program, he performed research in protein folding of VlsE, a surface protein of Borrelia burgdorferi, and assembly and folding dynamics of the heat-shock protein cpn10. Prior to grad school, he was a chemist at PPG Industries and received a BS in chemistry and BA in math from the University of Texas at Austin. His interests in technology and entrepreneurship have driven work for multiple startups and incubators in Virginia and Texas.