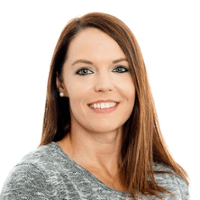 Shelby became a Lab Coordinator at HHMI Janelia Research Campus in October 2016. She supports the labs of James Fitzgerald, Jan Funke, Ann Hermundstad, Sandro Romani, Stephan Saalfeld, Rob Singer, Srini Turaga, and Theory Fellow William Bishop. Shelby also manages the organization of the J-Theory Journal Club, as well as the Computation & Theory Seminar Series. In her free time, she loves spending time with friends, CrossFit, cycling, and the outdoors. Shelby is an Oklahoma native who relocated to Ashburn, Virginia with her husband in 2013. She has a B.S. in Education from the University of Oklahoma and taught science for 8 years prior to joining HHMI. Her love of science and desire to be a part of something that would impact the future is what drew her to the Institute. Shelby truly appreciates the breath-taking campus, diverse culture, and the intellectual opportunities that are offered at Janelia.