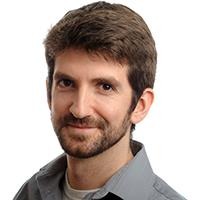 Stuart studied computer engineering at the University of Maryland.  Before coming to Janelia, he wrote calibration and automated test software for software-defined radios.  In his current position, he works as a core developer on the ilastik software package.  ilastik empowers biological researchers with advanced image processing and machine learning techniques, which can be applied to large datasets.  He also serves as liaison between EM research groups at Janelia and the core ilastik development team at the University of Heidelberg, Germany.