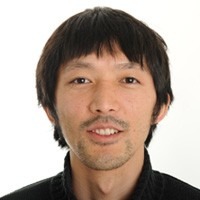 Yoshinori Aso has been a group leader at HHMI’s Janelia Research Campus since March 2013. Yoshinori’s current research focus is on understanding the molecular and circuit mechanisms used to store information in parallel memory units in a brain, and how those memories are integrated to guide an animal’s actions.

Before starting his laboratory, his research career started with a project at Tokyo Institute of Technology to conditionally disrupt dopaminergic systems in mice. After completing his master’s thesis on genes that promote survival hippocampal neurons at Heidelberg University, Yoshinori moved to the department of Martin Heisenberg at Universität Würzburg, where he started a series of experiments on DANs in Drosophila MBs with Hiromu Tanimoto. Yoshinori completed his PhD thesis with Hiromu Tanimoto at the Max Planck Institute of Neurobiology in 2011.

Using the Drosophila MB, a key center for associative learning in insect brains, as a model system, Aso’s team seeks to determine how dopamine neurons produce diverse forms of synaptic plasticity during learning.