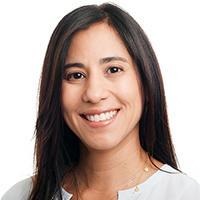 Zarixia is the Senior Director of several scientific programs at Janelia. In this position, she manages the Group Leader and Theory Fellow competitions, appointment reviews and mentoring program. She also provides oversight for the Visiting Scientist Program, currently comprised of over 100 scientists from all over the globe engaged in collaborative projects with our resident scientists.  Several years ago, she spearheaded the development of a new program at Janelia, the Graduate Research Fellowship.

Zari has more than eighteen years of academic research experience in the fields of biochemistry, structural biology, molecular immunology and science administration.  She received her undergraduate degree in chemistry and earned her PhD in biological chemistry.  During her PhD, she conducted structural and biochemical research that helped elucidate several aspects of peptide binding to the human class II major histocompatibility complex protein HLA-DR1, an immune system protein that activates a T-cell response.  Shortly after she finished her PhD degree, she moved to the University of Puerto Rico (UPR) as an Assistant Professor of Chemistry and Biochemistry and Co-Director of the Macromolecular X-ray Crystallography Facility.  At UPR, she worked on the immunological responses associated with breast cancer in Hispanic women. For several years, Zari served as consultant to a small biotech startup aimed at developing tools for epigenetic analysis and represented the interests of the scientific founders on the Board of Directors of the company.