During gastrulation, physical forces reshape the simple embryonic tissue to form a complex body plan of multicellular organisms. These forces often cause large-scale asymmetric movements of the embryonic tissue. In many embryos, the tissue undergoing gastrulation movements is surrounded by a rigid protective shell. While it is well recognized that gastrulation movements depend on forces generated by tissue-intrinsic contractility, it is not known if interactions between the tissue and the protective shell provide additional forces that impact gastrulation. Here we show that a particular part of the blastoderm tissue of the red flour beetle Tribolium castaneum tightly adheres in a temporally coordinated manner to the vitelline envelope surrounding the embryo. This attachment generates an additional force that counteracts the tissue-intrinsic contractile forces to create asymmetric tissue movements. Furthermore, this localized attachment is mediated by a specific integrin, and its knock-down leads to a gastrulation phenotype consistent with complete loss of attachment. Moreover, analysis of another integrin in the fruit fly Drosophila melanogaster suggests that gastrulation in this organism also relies on adhesion between the blastoderm and the vitelline. Together, our findings reveal a conserved mechanism whereby the spatiotemporal pattern of tissue adhesion to the vitelline envelope provides controllable counter-forces that shape gastrulation movements in insects. 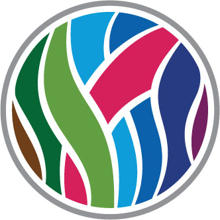 During development, coordinated cell behaviors orchestrate tissue and organ morphogenesis. Detailed descriptions of cell lineages and behaviors provide a powerful framework to elucidate the mechanisms of morphogenesis. To study the cellular basis of limb development, we imaged transgenic fluorescently-labeled embryos from the crustacean Parhyale hawaiensis with multi-view light-sheet microscopy at high spatiotemporal resolution over several days of embryogenesis. The cell lineage of outgrowing thoracic limbs was reconstructed at single-cell resolution with new software called Massive Multi-view Tracker (MaMuT). In silico clonal analyses suggested that the early limb primordium becomes subdivided into anterior-posterior and dorsal-ventral compartments whose boundaries intersect at the distal tip of the growing limb. Limb-bud formation is associated with spatial modulation of cell proliferation, while limb elongation is also driven by preferential orientation of cell divisions along the proximal-distal growth axis. Cellular reconstructions were predictive of the expression patterns of limb development genes including the BMP morphogen Decapentaplegic.