To survive and reproduce in an ever-changing environment, animals need to be able to modify their behavior based on recent experiences. We seek to understand this process of behavioral plasticity by studying a specific form of learning and memory in Drosophila at the molecular, cellular and circuit levels.

The learning paradigm we have chosen to study is courtship conditioning in Drosophila. This is a naturally occurring form of learning in which males learn to choose appropriate females as courtship objects. Naïve Drosophila males court both mated and virgin females, yet only virgins will be receptive to their mating attempts. Mated females actively reject courting males. Having experienced such rejection, a male is subsequently less inclined to court other mated females, but will still court virgin females almost as vigorously as socially naïve males. This type of learning is thought to be mediated by pheromones. However, both pheromonal profile and mating status of females vary from place to place and time to time. Therefore, to maximize their reproductive success, Drosophila males should tune their mating strategy to local environments. As with many other learning paradigms, this behavioral modification can be of either short or long duration, depending on the learning regimen (Fig. 1). Our goal is to understand the molecular, cellular and circuit mechanisms that underlie this robust form of memory. 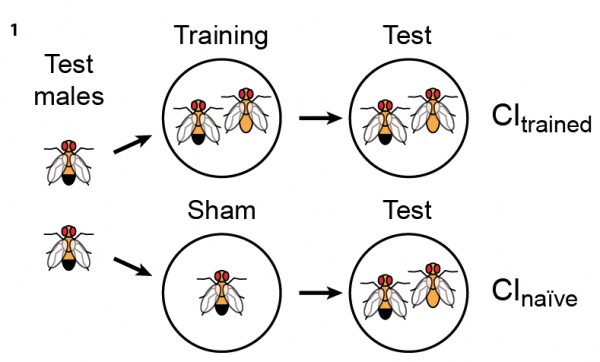 We recently uncovered a simple learning rule and identified key components of the neuronal circuit of courtship conditioning. Courtship learning reflects an enhanced behavioural response to the male pheromone cis-vaccenyl acetate (cVA), which remains on females after mating and distinguishes them from virgins. We have identified a specific class of dopaminergic neuron in the protocerebrum that is critical for courtship memory encoding and provides input to the mushroom body gamma lobe (MBg). We postulate that, during learning, dopamine modulates the processing of cVA signals within the MBg neurons, resulting in an increased sensitivity to cVA and hence an increased ability to discriminate mated females from virgins [1]. In our ongoing efforts we identified additional components of this circuit necessary for the courtship memory read-out (Fig. 2). 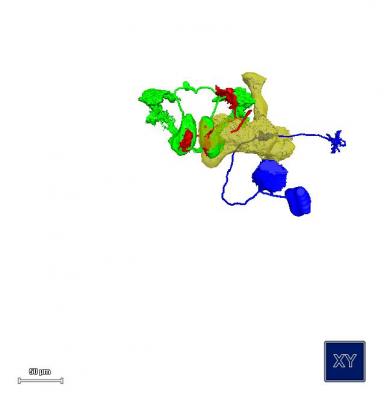 Courtship conditioning circuit. Dopaminergic neuron, aSP13 (red), modulates response of the MB output neuron, M6 (green), to activation of the MB g neurons (yellow) by the pheromone cVA signal transmitted by the DA1 PNs (dark blue), which enhances the behavioral response of the male and its ability to discriminate between virgin and mated females.

Our ultimate goal is to unravel a complete neuronal circuit and characterize it to understand how this behavioral plasticity is implemented in the Drosophila brain.

Long-term memory reflects protein synthesis-dependent molecular and biochemical changes in the specific synapses within neuronal networks. CPEB family of proteins regulates mRNA translation in many biological contexts, including neurons. We have recently demonstrated that the Drosophila CPEB protein Orb2 plays a critical role in persistence of courtship memory (Fig. 3). Specifically, we have established that its glutamine-rich domain (Q domain) is essential for its function in long-term memory formation [2]. Moreover, we have uncovered a novel mechanism of how Orb2, and likely other members of the CPEB family of proteins, might function in memory. We have established that the two Orb2 isoforms, Orb2A and Orb2B, while both being essential and containing identical Q domain and the RNA binding (RBD) domain, function in memory formation by distinct mechanisms. Orb2A uniquely requires its 1Q domain whereas Orb2B its RBD.  Furthermore, Orb2A induces complexes with Orb2B in the Q domain and neuronal activity dependent manner [3]. 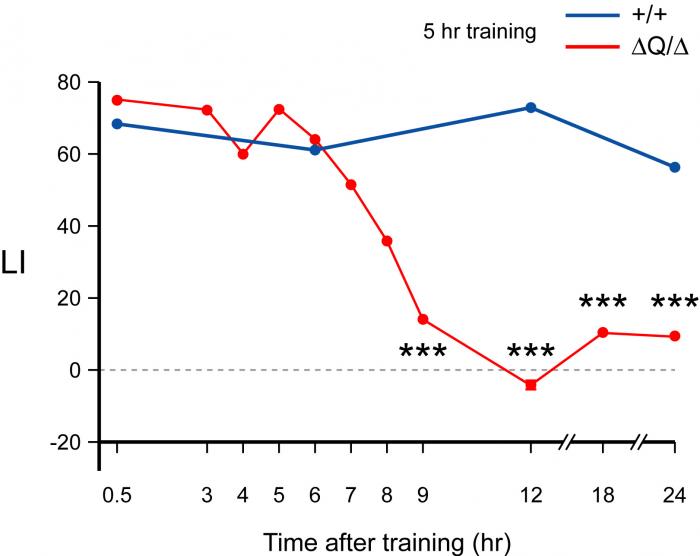 To understand how Orb2 contributes to long-term courtship memory we seek to identify and characterize mRNA targets, which are regulated by Orb2 and are essential for courtship memory persistence.

The long-term goal of our studies is to provide a complete picture of how the specific experience of courtship rejection modulates the Drosophila male’s subsequent courtship strategy. We hope that this will serve as a paradigm for more complex forms of learning and memory in the fly and other species. 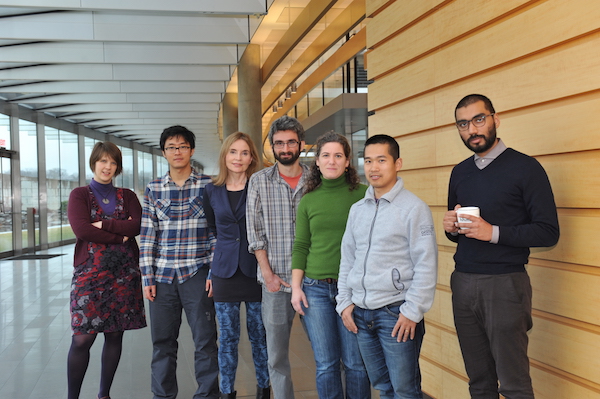