Serotonin plays a central role in cognition and is the target of most pharmaceuticals for psychiatric disorders. Existing drugs have limited efficacy; creation of improved versions will require better understanding of serotonergic circuitry, which has been hampered by our inability to monitor serotonin release and transport with high spatial and temporal resolution. We developed and applied a binding-pocket redesign strategy, guided by machine learning, to create a high-performance, soluble, fluorescent serotonin sensor (iSeroSnFR), enabling optical detection of millisecond-scale serotonin transients. We demonstrate that iSeroSnFR can be used to detect serotonin release in freely behaving mice during fear conditioning, social interaction, and sleep/wake transitions. We also developed a robust assay of serotonin transporter function and modulation by drugs. We expect that both machine-learning-guided binding-pocket redesign and iSeroSnFR will have broad utility for the development of other sensors and in vitro and in vivo serotonin detection, respectively.

METHODS: We performed allelic association with SLE followed by meta-analysis across 11 independent cohorts (n=28,872). We applied in silico bioinformatics and experimental validation in SLE-relevant cell lines to determine the functional consequences of rs34330.

CONCLUSION: Collectively, these findings suggest a mechanism whereby the rs34330 risk allele (C) influences the presence of histone marks, RNA pol II, and the IRF-1 transcription factor to regulate expression of several target genes linked to proliferation and apoptosis, which potentially underlie the association of rs34330 with SLE.

Extant fold-switching proteins remodel their secondary structures and change their functions in response to cellular stimuli, regulating biological processes and affecting human health. In spite of their biological importance, these proteins remain understudied. Few representative examples of fold switchers are available in the Protein Data Bank, and they are difficult to predict. In fact, all 96 experimentally validated examples of extant fold switchers were stumbled upon by chance. Thus, predictive methods are needed to expedite the process of discovering and characterizing more of these shapeshifting proteins. Previous approaches require a solved structure or all-atom simulations, greatly constraining their use. Here, we propose a high-throughput sequence-based method for predicting extant fold switchers that transition from α-helix in one conformation to β-strand in the other. This method leverages two previous observations: (1) α-helix <-> β-strand prediction discrepancies from JPred4 are a robust predictor of fold switching, and (2) the fold-switching regions (FSRs) of some extant fold switchers have different secondary structure propensities when expressed in isolation (isolated FSRs) than when expressed within the context of their parent protein (contextualized FSRs). Combining these two observations, we ran JPred4 on the sequences of isolated and contextualized FSRs from 14 known extant fold switchers and found α-helix <->β-strand prediction discrepancies in every case. To test the overall robustness of this finding, we randomly selected regions of proteins not expected to switch folds (single-fold proteins) and found significantly fewer α-helix <-> β-strand prediction discrepancies (p < 4.2*10−20, Kolmogorov-Smirnov test). Combining these discrepancies with the overall percentage of predicted secondary structure, we developed a classifier that often robustly identifies extant fold switchers (Matthews Correlation Coefficient of 0.70). Although this classifier had a high false negative rate (6/14), its false positive rate was very low (1/211), suggesting that it can be used to predict a subset of extant fold switchers from billions of available genomic sequences.

Recent advances in super-resolution microscopy have pushed the resolution limit of light microscopy closer to that of electron microscopy. However, as they invariably rely on fluorescence, light microscopy techniques only visualize whatever gets labeled. On the other hand, while electron microscopy reveals cellular structures at the highest resolution, it offers no specificity. The information gap between the two imaging modalities can only be bridged by correlative light and electron microscopy (CLEM). Previously we have developed a probe (mEos4) whose fluorescence and photoconversion survive 0.5-1% OsO4 fixation, allowing super-resolution visualization of organelles and fused proteins in the context of resinembedded ultrastructure in both transmission EM (TEM) and scanning EM (SEM) [1,2].

To truly understand biological systems, one must possess the ability to selectively manipulate their parts and observe the outcome. (For purposes of this review, we refer mostly to targets of neuroscience; however, the principles covered here largely extend to myriad samples from microbes to plants to the intestine, etc.).

Drugs are the most commonly employed way of introducing such perturbations, but they act on endogenous proteins that frequently exist in multiple cell types, complicating the interpretation of experiments. Whatever the applied stimulus, it is best to introduce optimized exogenous reagents into the systems under studydenabling manipulations to be targeted to speci!c cells and pathways. (It is also possible to target manipulations through other means, such as drugs that acquire cell-type speci!city through targeting via antibodies and/or cell surface receptor ligands, but as far as we are aware, existing reagents fall short in terms of necessary speci!city.) Many types of perturbations are useful in living systems and can be divided into rough categories such as the following: depolarize or hyperpolarize cells, induce or repress the activity of a speci!c pathway, induce or inhibit expression of a particular gene, activate or repress a speci!c protein, degrade a speci!c protein, etc. User-supplied triggers for such manipulations to occur include the following: addition of a small molecule (“chemogenetics”dideally inert on endogenous proteins) [1], sound waves (“sonogenetics”) [2], alteration of temperature (“thermogenetics”d almost exclusively used for small invertebrates) [3], and light (“optogenetics”). There are reports of using magnetic !elds (“magnetogenetics”) [4], but there is no evidence that such effects are reproducible or even physically possible [5,6]. Of these, the most commonly used, for multiple reasons, is light.

Many factors make light an ideal user-controlled stimulus for the manipulation of samples. Light is quickly delivered, and most light-sensitive proteins and other molecules respond quickly to light stimuli, making many optogenetic systems relatively rapid in comparison to, for instance, drug-modulated systems. Light is also quite easy to deliver in localized patterns, allowing for targeted stimulation. Multiple wavelengths can be delivered separately to distinct (or overlapping) regions, potentially allowing combinatorial control of diverse components. Finally, light can be delivered to shallow brain regions (and peripheral sites) relatively noninvasively, and to deeper brain regions with some effort.

However, there are also a number of shortcomings of using light for control. Robust and uniform penetration of light into the sample is the most signi!cant concern. For systems requiring modulation of many cells, particularly at depth, the use of systems controlled by small molecule drugs would generally be recommended instead of optogenetic approaches. When light is delivered through the use of !bers, lenses, or other optical devices, such interventions can produce signi!- cant cellular death, scar formation, and biofouling. The foreign-body response of tissue to objects triggers substantial molecular alterations, the implications of which are incompletely de!ned, but can involve reactive astrogliosis, oxidative stress, and perturbed vascularization. Head-mounted lightdelivery devices can be heavy and/or restrictive, and thus perturb behavior, particularly for small animals (e.g., mouse behavior is much more disrupted than rat behavior). More generally, all light causes tissue heating, which can have dramatic effects on cell health, physiology, and animal behavior. This is most concerning for tiny animals such as "ies. Light itself also damages tissue, most obviously through photochemistry (e.g., oxidation and radicalization) and photobleaching of critical endogenousmolecules. Furthermore, of course, light is ubiquitous, meaning that the sample is never completely unstimulated, despite precautions. Light passes through the eyes into the brain with surprising ease, and even through the skull with modest ef!cacy [7]dwhich can disrupt animal behavior (as can the converse: stimulating light in the brain perceived as a visual stimulus through the back of the eyes.) Light-responsive proteins exist in all samples, particularly in the eyes but to some extent in all tissuesdnotably, deep-brain photoreceptors [8].

The use of optogenetic tools has accelerated research on many fronts in disparate !elds. Additional, perhaps most, limitations on the utility of optogenetics must, however, be placed squarely on the shortcomings of the current suite of tools (and potential inherent limits in their performance.) The vast majority of optogenetic effectors are gated by blue light, which has signi!cant penetration issues and can be phototoxic under high intensity; redder wavelengths would in general be preferred. Furthermore, multiplexing requires tools making use of other parts of the visible spectrum (and redder wavelengths). A related issue is that most chromophores for optogenetic reagents have very broad action spectra (w250 nm bandwidth for retinal; w200 nm bandwidth for "avin), complicating both multiplexing and their use alongside many optical imaging reagentsdnarrower action spectra would be preferred for effectors in most situations. More generally, the current classes of optogenetic effectors are few, mostly limited to (1) channels and pumps (most with poor ion selectivity), (2) dimerizers, and (3) a handful of enzymes. The number of optogenetic tools that perform a very speci!c function in cells is small. Although progress has undeniably been made, much additional research and engineering will be required to dramatically expand the optogenetic toolkit.

Rather than providing a survey of research !ndings, this review covers general considerations of optogenetics experiments, and then focuses largely on molecular tools: the existing suite, their features and limitations, and goals for the creation and validation of additional reagents. 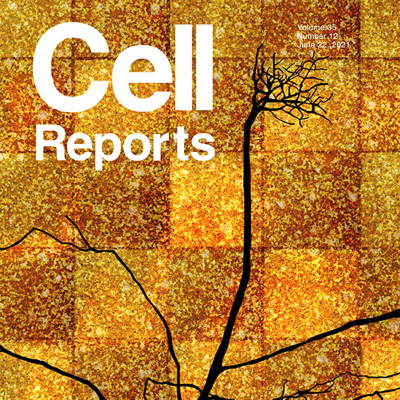 Fold-switching proteins challenge the one-sequence-one-structure paradigm by adopting multiple stable folds. Nevertheless, it is uncertain whether fold switchers are naturally pervasive or rare exceptions to the well-established rule. To address this question, we developed a predictive method and applied it to the NusG superfamily of >15,000 transcription factors. We predicted that a substantial population (25%) of the proteins in this family switch folds. Circular dichroism and nuclear magnetic resonance spectroscopies of 10 sequence-diverse variants confirmed our predictions. Thus, we leveraged family-wide predictions to determine both conserved contacts and taxonomic distributions of fold-switching proteins. Our results indicate that fold switching is pervasive in the NusG superfamily and that the single-fold paradigm significantly biases structure-prediction strategies.

Hippocampal place cells contribute to mammalian spatial navigation and memory formation. Numerous models have been proposed to explain the location-specific firing of this cognitive representation, but the pattern of excitatory synaptic input leading to place firing is unknown, leaving no synaptic-scale explanation of place coding. Here we used resonant scanning two-photon microscopy to establish the pattern of synaptic glutamate input received by CA1 place cells in behaving mice. During traversals of the somatic place field, we found increased excitatory dendritic input, mainly arising from inputs with spatial tuning overlapping the somatic field, and functional clustering of this input along the dendrites over ~10 µm. These results implicate increases in total excitatory input and co-activation of anatomically clustered synaptic input in place firing. Since they largely inherit their fields from upstream synaptic partners with similar fields, many CA1 place cells appear to be part of multi-brain-region cell assemblies forming representations of specific locations.