Now in its tenth year, the Janelia Undergraduate Scholars program is off to a great start, hosting nineteen undergraduate and post-baccalaureate students for ten weeks of summer research. The scholars are living on campus and working in the labs of Janelia group leaders and fellows, earning valuable research experience.

The talented young scientists, engineers, and mathematicians hail from cities across the country and have diverse backgrounds and interests. Lucy Lai, an undergraduate from Rice University in Houston, Texas, is working in the Dudman lab.  She first heard about the program at a conference. “One of [Group Leader] Anthony Leonardo's students gave an incredible talk about dragonfly flight behavior at the Computational and Systems Neuroscience (Cosyne) conference in 2016,” Lucy said. “It was by far the most memorable talk of the whole conference, and clear that Janelia is doing creative, risky science.”

Undergraduate scholar Alex Chen studies neuroscience and mathematics at Washington University in Saint Louis, Missouri, and is working with Janelia fellow Stephen Huston this summer. With Huston, Alex will be investigating sensorimotor integration in the fruit fly. He says an interesting paper based on work being done in the Ahrens and Keller labs motivated him to read more about the work being done at Janelia. “I was attracted to Janelia because of the emphasis on collaboration and creativity. I had just finished a couple of projects with my lab at Washington University, and I figured that a research experience with another model organism and investigating another question could help me grow as a scientist,” he said.

Janelia undergraduate scholars have an exciting ten weeks ahead. Throughout the summer, we’ll be telling their stories and gathering some advice for other young scientists who may be interested in research internships. In the meantime, meet our new scholars. 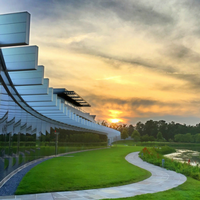 In the Lab with Janelia Undergraduate Scholar Virginia Rutten 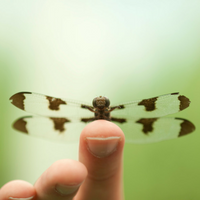