Janelia Senior Group Leader Jennifer Lippincott-Schwartz will head the 4DCP research area. Her research on the machinery inside cells has led to novel insights about the dynamics of cells and their organelles. Lippincott-Schwartz, who previously served as interim head of 4DCP, has been a senior group leader at Janelia since 2016. 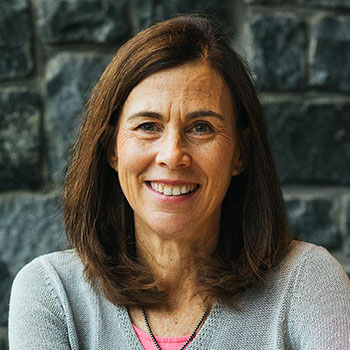 Two senior group leaders and six group leaders will play key roles in shaping the science and intellectual culture of the new research area. They will lead small research teams and collaborate with Janelia’s current research scientists, tool builders, and experts in microscopy, computation and theory to bridge the fields of cell biology and physiology, and address one of biology’s biggest questions: How do cells communicate with one another across scales to create and sustain organisms?

“The body is made up of trillions of cells and the challenge before us is to understand how its physiology functions at a cellular and molecular level,” said Ron Vale, executive director of HHMI’s Janelia Research Campus. “Some of our new group leaders will seek to understand how diverse cells come together to create the unique structures and functions of our different organs. Other new group leaders will tackle how the nervous system mediates long-range communication between organ systems, and between the body and brain. While everyone will have their own research direction, we hope to create a unique intellectual environment where scientists can think about the grand problems facing biology and collaborate in new ways to tackle them, not just within 4DCP but throughout Janelia. We have had a great year of recruiting new talent and I am excited to see how this new cohort will drive our science forward.”

The new 4DCP group leaders are:

Janelia will recruit seven additional group leaders for 4D Cellular Physiology, with the next round of applications in 4DCP launching in early Fall 2022.

Adding to its overall scientific mission, Janelia’s established research areas of Mechanistic Cognitive Neuroscience, and Molecular Tools and Imaging also made two new hires this year, which are being announced today.