Janelia scientists Jennifer Lippincott-Schwartz and Gerald M. Rubin have been elected as members of the European Molecular Biology Organization (EMBO). EMBO elects new members every year to recognize research excellence and outstanding achievements. With a membership of more than 1,700 leading researchers, the organization enables an international exchange between scientists. 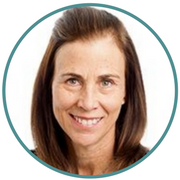 Lippincott-Schwartz is a group leader at Janelia. For more than 30 years at the National Institutes of Health, her team probed cellular processes, such as the trafficking of membrane-bound organelles, cell motility, and the interaction of lipid droplets with cellular components. To aid in the development of the complex microscopy necessary to view these processes, Lippincott-Schwartz pioneered work to make green fluorescent protein activatable by a pulse of light. That discovery method led to a collaboration with physicists Eric Betzig and Harald Hess (now group leaders at Janelia), and the development of super-resolution microscopy. In 2016, she moved her lab to Janelia, where she has turned her focus to neurons. Her group is working to understand how cells operate individually and interdependently to allow the brain to develop, remodel, heal, and compute. 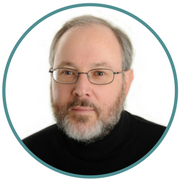 Rubin is a Vice President of the Howard Hughes Medical Institute and Executive Director of Janelia Research Campus. Known for his studies of genetics, genomics, and developmental biology in Drosophila, he and Allan Spradling developed methods for making transgenic Drosophila, the first successful germline genetic engineering of a multicellular animal. He later led the publicly funded effort to sequence the Drosophila genome, collaborating with Celera Genomics to achieve this goal in 2000. At Janelia, Rubin’s lab is working to develop and apply an experimental approach to neurobiology based on the comprehensive identification and manipulation of individual cell types and circuit components.