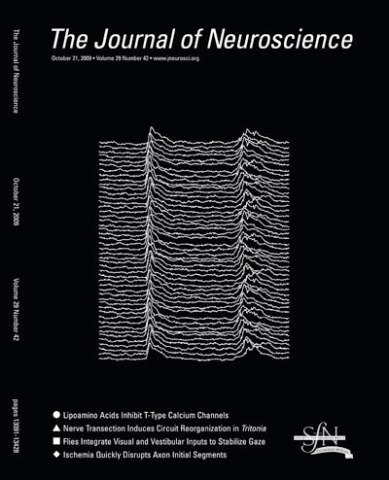 Animals use information from multiple sensory organs to generate appropriate behavior. Exactly how these different sensory inputs are fused at the motor system is not well understood. Here we study how fly neck motor neurons integrate information from two well characterized sensory systems: visual information from the compound eye and gyroscopic information from the mechanosensory halteres. Extracellular recordings reveal that a subpopulation of neck motor neurons display "gating-like" behavior: they do not fire action potentials in response to visual stimuli alone but will do so if the halteres are coactivated. Intracellular recordings show that these motor neurons receive small, sustained subthreshold visual inputs in addition to larger inputs that are phase locked to haltere movements. Our results suggest that the nonlinear gating-like effect results from summation of these two inputs with the action potential threshold providing the nonlinearity. As a result of this summation, the sustained visual depolarization is transformed into a temporally structured train of action potentials synchronized to the haltere beating movements. This simple mechanism efficiently fuses two different sensory signals and may also explain the context-dependent effects of visual inputs on fly behavior.

For sensory signals to control an animal’s behavior, they must first be transformed into a format appropriate for use by its motor systems. This fundamental problem is faced by all animals, including humans. Beyond simple reflexes, little is known about how such sensorimotor transformations take place. Here we describe how the outputs of a well-characterized population of fly visual interneurons, lobula plate tangential cells (LPTCs), are used by the animal’s gaze-stabilizing neck motor system. The LPTCs respond to visual input arising from both self-rotations and translations of the fly. The neck motor system however is involved in gaze stabilization and thus mainly controls compensatory head rotations. We investigated how the neck motor system is able to selectively extract rotation information from the mixed responses of the LPTCs. We recorded extracellularly from fly neck motor neurons (NMNs) and mapped the directional preferences across their extended visual receptive fields. Our results suggest that-like the tangential cells-NMNs are tuned to panoramic retinal image shifts, or optic flow fields, which occur when the fly rotates about particular body axes. In many cases, tangential cells and motor neurons appear to be tuned to similar axes of rotation, resulting in a correlation between the coordinate systems the two neural populations employ. However, in contrast to the primarily monocular receptive fields of the tangential cells, most NMNs are sensitive to visual motion presented to either eye. This results in the NMNs being more selective for rotation than the LPTCs. Thus, the neck motor system increases its rotation selectivity by a comparatively simple mechanism: the integration of binocular visual motion information.