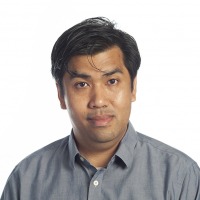 Developing Algorithms and Software for the Next Generation of Light-sheet Microscopes
node:field_people_current_research | entity_field

With the lab of Philipp Keller and the Computational Methods group lead by Stephan Preibisch, I am working to meet the computational challenges of next-generation light-sheet fluorescence microscopy. Using my experience in scientific and numerical computing, I am solving these demands by developing algorithms and software by interconnecting languages such as C, C++, Java, MATLAB, Python, and Julia.

Mark Kittisopikul, Ph.D., concentrated in Biological Chemistry and Mathematics at the University of Chicago, where he began his career in research as an undergraduate researcher in the labs of Ka Yee C. Lee and Aaron Dinner. Upon completing his degrees in 2006 he enrolled in the Medical Scientist Training Program at UT Southwestern in Dallas, Texas. He completed his PhD in 2014 in the Molecular Biophysics Program at UT Southwestern under the mentorship of Gürol Süel, having followed the Süel Lab to the University of California at San Diego.

In 2014, Mark Kittisopikul joined the lab of Khuloud Jaqaman as a Postdoctoral Fellow to develop computational algorithms to study nuclear lamins visualized by structured illumination microscopy in collaboration with Robert D. Goldman. He later continued his postdoctoral work with the Goldman Lab at the Feinberg School of Medicine, Northwestern University, to continue research on nuclear lamins and intermediate filaments. Having gained expertise in Fourier theory, Dr. Kittisopikul also developed the Field Synthesis Theorems with the lab of Reto Fiolka at UT Southwestern to explain the mechanism of Field Synthesis light-sheet microscopy.