Students interested in the Joint Graduate Program with The Johns Hopkins University (JHU) Neuroscience Department must apply directly to the JHU Neuroscience program. Janelia does not require a separate application.

There are two mechanisms by which students can join the Joint Graduate Program and do their thesis research at Janelia.

Interested students should apply directly to the JHU Neuroscience program in the fall (http://neuroscience.jhu.edu/graduate/apply). In their Personal Statements, students should indicate an interest in conducting their thesis research at Janelia, include the names of one to four Janelia Group Leaders with whom they would like to do their thesis research, and briefly describe their interest/goals in doing research in these la Selected students will be invited to participate in interviews at Janelia during their JHU recruitment visit. Students accepted into the Joint Graduate Program will be informed of their acceptance by JHU by the beginning of March. They will complete their first year in residence at JHU, completing required and elective courses and participating in laboratory rotations, complete a summer rotation at Janelia and have the opportunity to conduct their thesis research at Janelia or JHU.

Guidelines and materials required for the JHU Neuroscience application include: 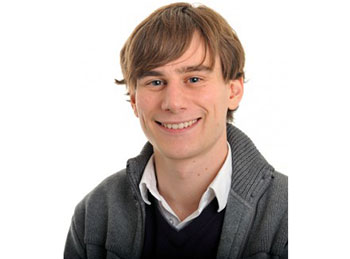 “What really attracted me to Janelia was the emphasis on the science, and the idea that the administration was willing to be flexible to allow for decisions that are best for getting science done. They were really there to help you rather than to impose rules and regulations that had to be obeyed for other reasons.”