Building the Team to Build the Connectome

Producing large connectomes requires a tremendous amount of diverse talent working in harmony.  Organizing the team for maximum effectiveness and efficiency is critically important to success. 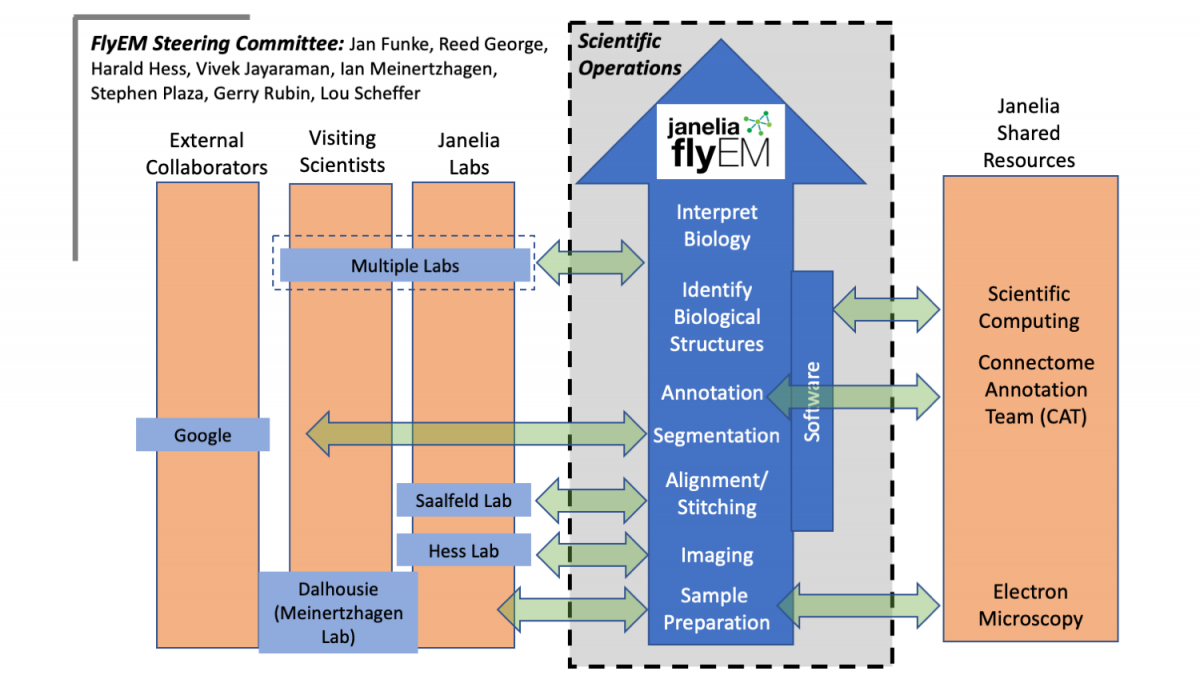 For large-scale science and engineering efforts the success of the initiative depends heavily on the cohesion of the underlying team.  The team organization can range from a vertically integrated, centrally managed entity to a horizontally integrated, loose consortium of disparate labs or smaller teams tied together by the personalities leading each lab.  Janelia’s FlyEM project is organized to maximize the benefit of both.

A vertically integrated team is one where the different technology components, such as imaging, data processing, proofreading, and analysis as in connectomics, are managed under one organization, ideally centrally located.  The advantages of such a tightly organized effort include maintaining a common purpose and operational efficiency. However, handling all technology in-house can be expensive, and inward focus can potentially stifle creativity.

On the flip side, a loose collaboration between labs (more of a horizontally organized team) can achieve flexibility and cost advantages, but the lack of centralization can greatly hurt operational efficiency.  Furthermore, the success of any such effort relies on the alignment of the goals of all of its members and their respective organizations. The looser the alignment, the more likely that each research silo will work for itself and not the collective.  One example of trying to circumvent these challenges is the MICrONS program (under the IARPA funding agency), whose goals include reconstructing cortical neural circuitry. While this effort funds several different labs, as with traditional government grants, and is mostly horizontally integrated, there is some central governance that defines a common goal and ensures the labs are working toward it.

We are very fortunate that Janelia supports the concept of a team project.  The team project combines scientists and engineers under the guidance of a steering committee with the goal of developing the research and technology to make good ideas work repeatedly and at scale (see figure above).  In particular, our team is a mixture of horizontal integration of different labs and vertical integration of dedicated team support staff and research. This combination, along with the central management and co-location, encourages diverse ideas while achieving operational efficiency and, most importantly, common mission.  Under this model, the common mission is the sole goal for vertically integrated members, while the horizontally oriented groups often have additional goals outside of this mission.

When building collaborations, we carefully seek collaborators with close alignment to our objectives.  One such example is our collaboration with Google. They have great machine learning talent and resources.  We have personnel and tools to reconstruct circuits. We both desire a large connectome to inform various avenues of research.  As noted in this Harvard Business Review article about the difficulty of establishing collaborations (https://hbr.org/2019/03/the-collaboration-blind-spot), collaborations often succeed when the collaborators have clear roles and identities as it relates to the overall mission.

Beyond the logistics of team organization, the composition of skills is critical.  For connectomics, as in many big science efforts, we require a diverse set of skills to meet the various scientific and engineering challenges.  Our vertically integrated staff under scientific operations consists of a group of around five full time computer software and algorithm engineers, three experienced biologists, a sample preparation expert, two managers, and 11 full time technicians who annotate and analyze EM data.  In addition to Google, FlyEM horizontally integrates with different Janelia labs like the Hess lab for imaging, the Saalfeld lab for alignment, and Meinertzhagen lab and Scheffer lab for biological analysis and theory. Because the needs of the group can change over time, we also exploit Janelia’s shared services to elastically grow our team when needs arise, such as in software and manual data analysis (proofreading). 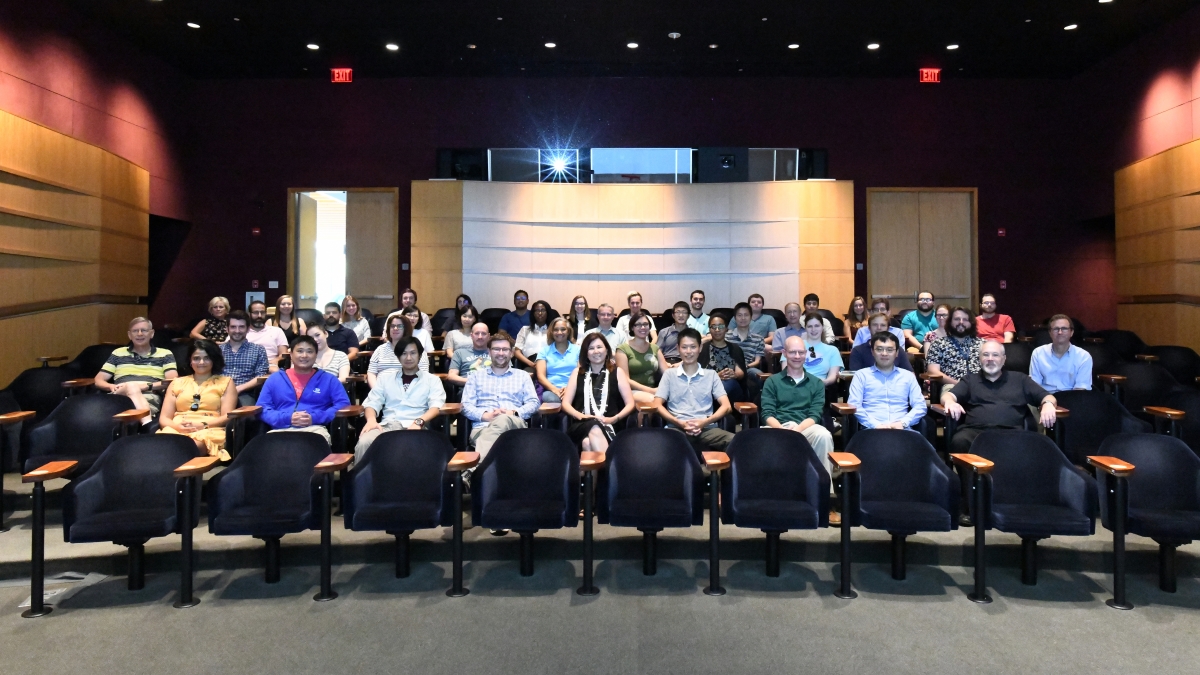 The close interactions between biologists, theorists, and software engineers are essential for innovation.  Biologists, who are intimately familiar with our datasets, often ground the theorists and software team to reality.  Whereas, our software engineers open up the possibilities for how to use the datasets. The theorists challenge the rigor of data collection and focus biological discovery.   Lastly, a dedicated staff of technicians proofreading and annotating the datasets represents the first line in opportunity to observe new and interesting patterns in the data, and a key line of defense to identify problems.  Future blog entries will delve into more details on the organization of our shared resources and proofreading staff.