Cellular diversity in the hippocampus 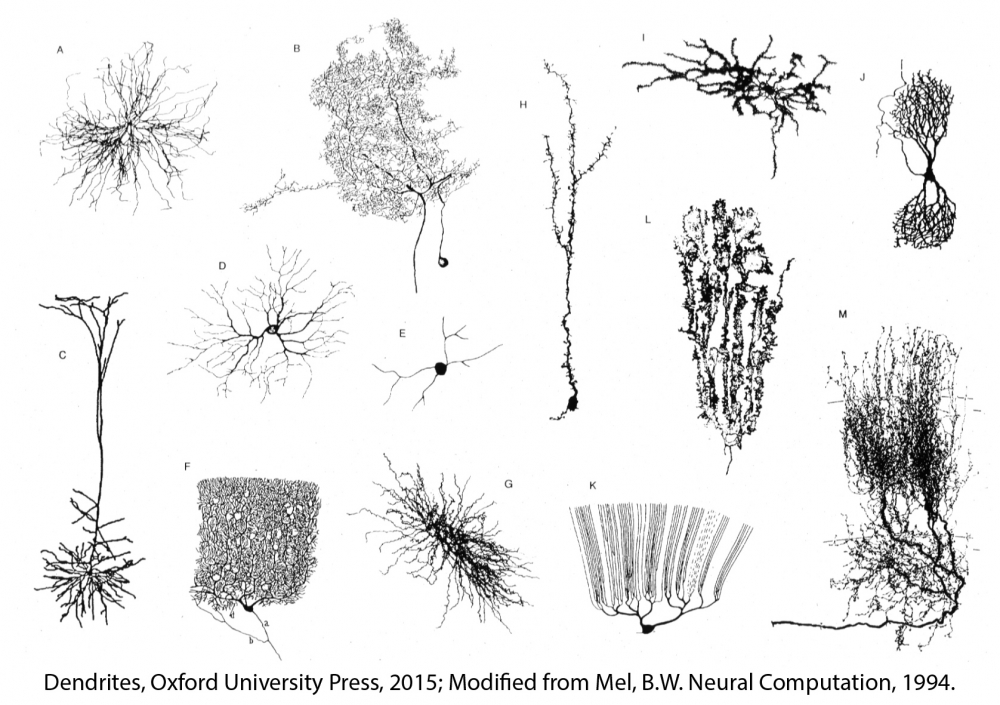 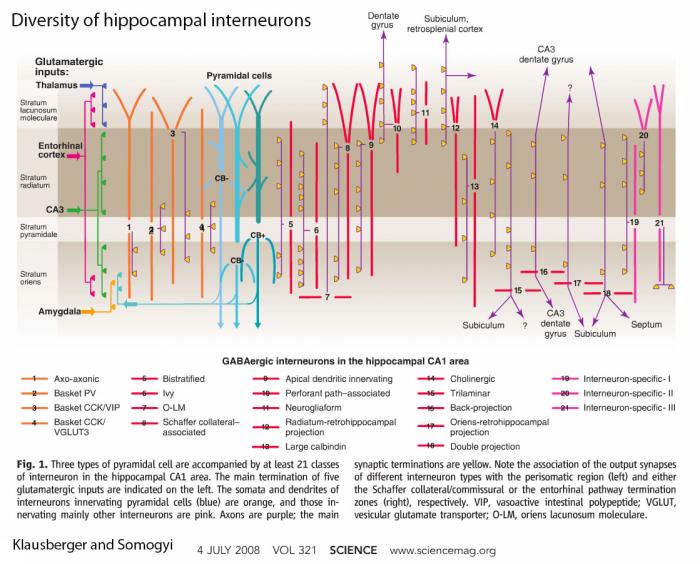 Although the complexity of neurons within a brain region is most readily displayed in the case of inhibitory interneurons, morphological and functional diversity of excitatory projection neurons is also evident. In the neocortex, for example, several types of pyramidal neurons can be found, and in the hippocampus, pyramidal neurons in CA1, CA2 and CA3 are clearly distinct (Spruston, 2008; Kohara et al. 2013). Even within CA1 and subiculum (the major output structures of the hippocampus), we have found two distinct types of pyramidal neurons, which differ in their morphology, physiology and plasticity (Graves et al., 2012). 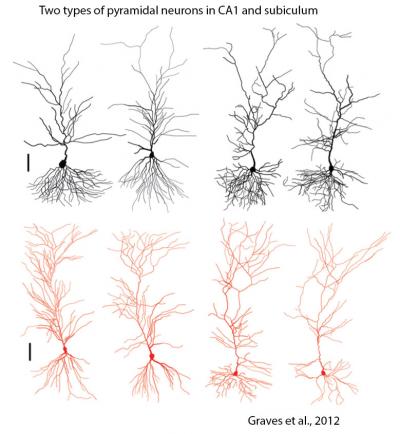 We are currently pursuing three projects related to cellular diversity in the hippocampus (see right-side menu). David Hunt is continuing our effort to determine the functional diversity of pyramidal neurons in the hippocampus, including the CA3 region. Tara Deemyad is continuing our effort to understand the mechanisms of retroaxonal barrage firing in hippocampal interneurons. Mark Cembrowski is using next-generation RNA sequencing, as well as in situ hybridization and immunocytochemistry, to explore differences in gene expression across a range of cell types in the hippocampus.

Andres-Barquin PJ. Ramón y Cajal: a century after the publication of his masterpiece. Endeavor 25:13-17, 2001.

Fishell G, Rudy B. Mechanisms of inhibition within the telencephalon: "where the wild things are". Annual Review of Neuroscience 34:535-67, 2011.

Also see the gallery at the bottom of the page.

"Diversity in the interneuronal machine"