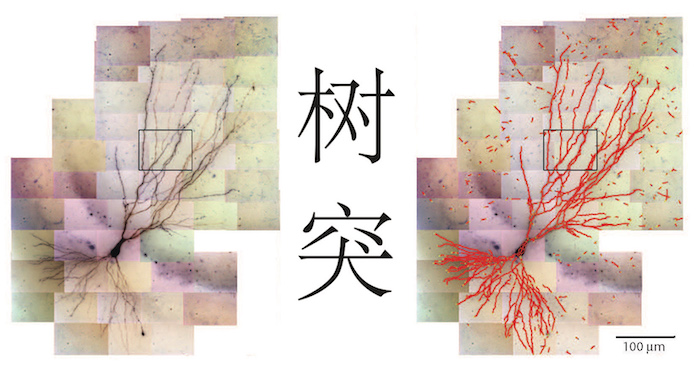 ShuTu (Chinese for “dendrite”) is a software platform for semi-automated reconstruction of neuronal morphology. It is designed for neurons stained following patch-clamp recording and biocytin filling/staining. It can also handle fluorescence images from confocal stacks, however, by first inverting the images.

A more detailed description of ShuTu can be found here (biorxiv preprint).